My first cow's granddaughter just calved a few minutes ago. This big boy represents the fourth generation of my cowherd, and that makes me happy! Aside from being too big, mother and baby are doing great. 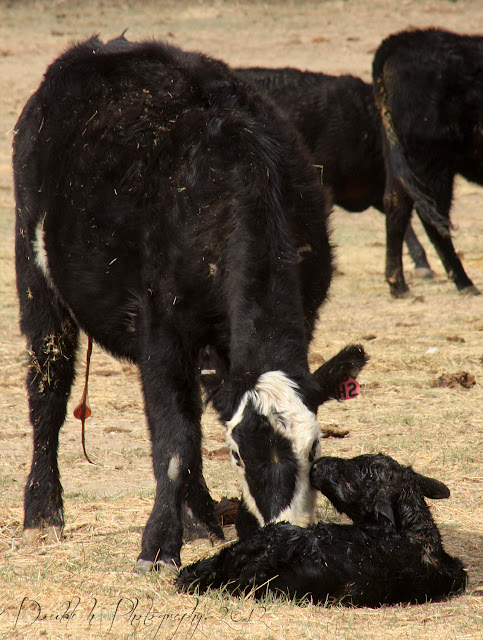 People get started in the cattle business in a variety of ways. For me it was through my family and the 4-H program. When I was eight years old I purchased my first heifer from the family ranch to show in 4-H, and as they say, the rest is history.
I've told this story before, but in case you missed it, there was quite the discussion over which heifer to choose. My dad, uncle and I narrowed it down to two choices. One was an exceptional individual that would have excelled in the show ring. She was big, fancy and an all around great heifer. The second was a small heifer with a big head, kind eyes and not a whole lot going for her from the show heifer angle. She was never going to be exceptional, physically.
My dad and uncle obviously wanted me to have a good start, both in the show ring and with my cowherd. But, my heart was dead set on the little gal, and despite some serious persuasion from my dad and uncle (I can still remember my uncle explaining the lower quarter of the great heifer, and how desirable that trait was, and how they both consented that it was my choice), I made the decision to purchase Sassy. 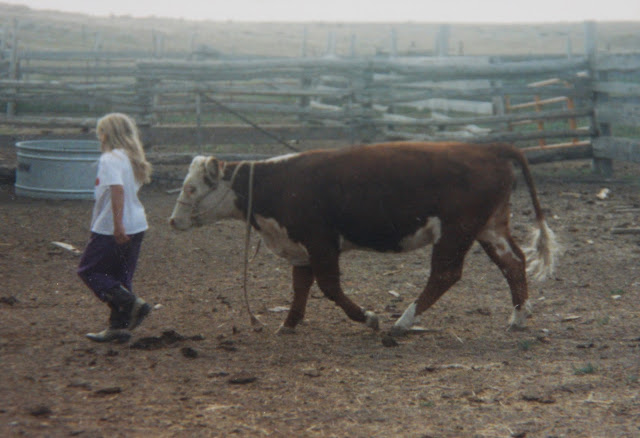 Meet Sassy, who made up for any physical traits she was lacking in with her disposition. We bonded, and I loved her and fell in love with showing cattle and having my own cows before the 4-H year was out. Following my first year with her, I went on to show more than 15 heifers and steers in 4-H. 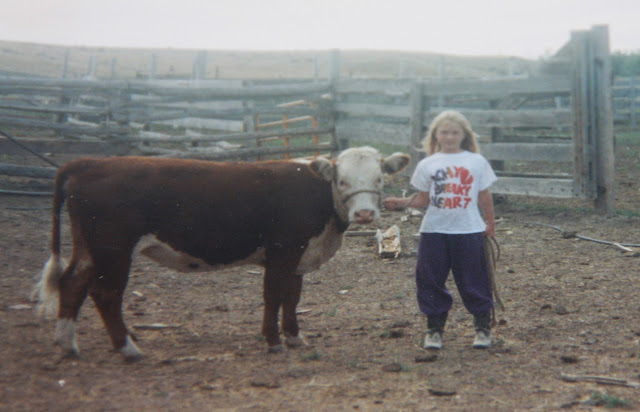 After her stint as my first 4-H project, Sassy went on to be an exceptional cow. Weighing in at maybe 1,000 lbs, she raised over 10 calves for me. Her steers weighed 1,300 lbs. as fats, and I kept almost every heifer calf she produced. She was one of those cows who produced calves that were better than she was.
She survived a nasty March blizzard one spring, where a quarter of her bag was soured. But, God bless her, she wasn't one of the cows that kicked her calf off. As she aged, the thought of selling her was difficult. For a few of her later years we housed her with our calves, who she taught how to eat cake, and which allowed her to eat a higher quality ration. 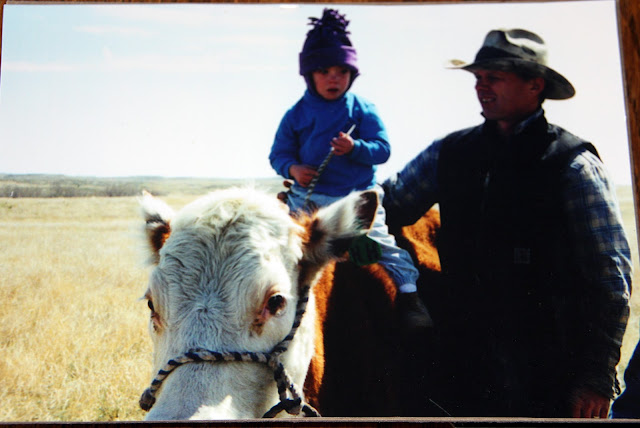 (Sassy in her later years with my sister riding her. We caught her in the pasture that day for a group of third graders who visited our ranch to learn about ranching. Everyone was thrilled to get to pet a cow.)

Eventually, at about 13 or 14 years old (that is ancient for a cow here), I made the tough decision to sell my first cow. All her teeth were gone, so she couldn't consume enough to stay in optimal condition. Her calves got smaller too, and she was just old. So, after more than a decade, my first cow was sold for slaughter. It wouldn't have been right to keep her out of love for her and let her waste away on our place. I cared too much for her to let her die a slow death like that.
Today her influence is still evident in my herd, as you saw in that first photo. She also helped pay for my college education, first vehicle, and numerous other expenses. I would still argue that I made the right choice that brisk winter day in front my grandparents barn, when the great debate was waged over which way to go for my first cow purchase.
Posted by doublehphoto at 11:44 AM