Those are some of the biggies we've encountered while planning our big day. At this point we're both really excited to wrap up the planning, be married, enjoy our reception, and leave for a week on our honeymoon.

All photos courtesy of Mama H, who was riding the 4-wheeler and photographing this task for me to share on here : ) 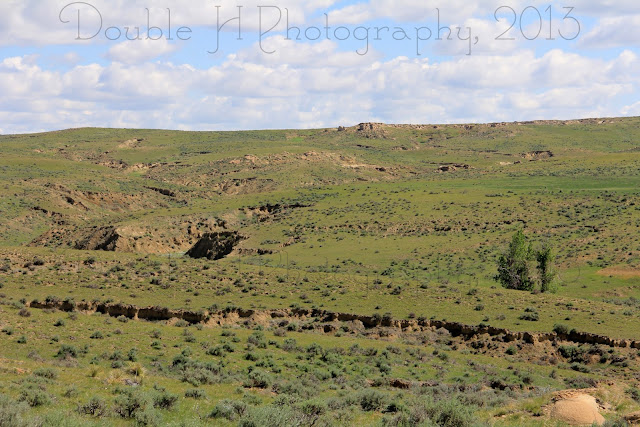 We sorted and shipped the last two loads of pairs to summer pasture yesterday. What always precedes shipping pairs is the task of sorting pairs, and we did that on Saturday. Since these were the last two loads, we gathered the entire pasture, which is 3 miles long and 1/5 miles wide, and sorted everything.
Sorting pairs means sorting out each cow with her baby, and putting them somewhere else. We usually put them through a gate into a new pasture. One pair is one cow and calf that are mother and child. The idea behind sorting pairs is that by doing it successfully you will have everyone matched up when you load them on the trucks headed to summer pasture. It's 200 miles to our summer pasture, and if the wrong cow or calf ends up 200 miles from home, it's a big task to get them matched back up, and you might not get it accomplished. You don't just gather a bunch of cows and calves that you haven't sorted out of a big pasture, load them up and ship them out.
We also sort out any calves that haven't been branded yet, and make sure they don't make the trip. The calves are usually too small still, and you don't want to ship a slick calf 200 miles away without any way for someone to know who it belongs to. He could get lost or stolen very easily.
While we make every effort to get this perfect, it doesn't always happen that way. Cows are like people in that some are super good mothers and you can tell right away which calf is hers. Others still aren't sure they even have a kid "at home", and really don't care what he does, who he hangs out with or what time he gets home. But, we do our best, and it's rare to have a mismatched pair. It's the second type that causes us to scratch our heads sometimes, but we have a trick up our sleeves for them that I'll cover later in the post. 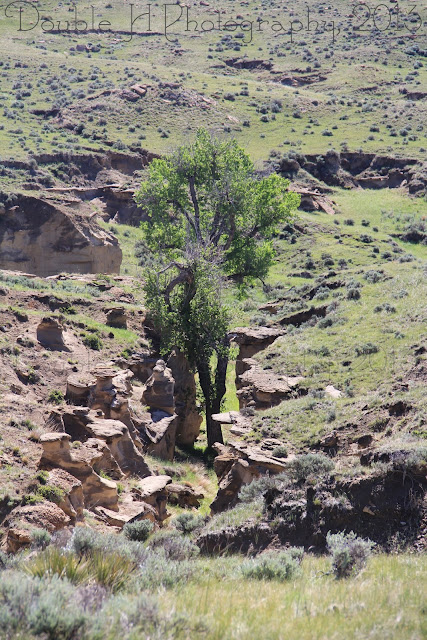 We started with the gather, which went relatively fast with a 4-wheeler, motorcycle, and three people horseback. The motorized people can do the big circle and check the far corners, and the people horseback can gather the rougher areas of the pasture and start trailing everything to the south end. We really like to use a combination of the two on our place for those reasons. 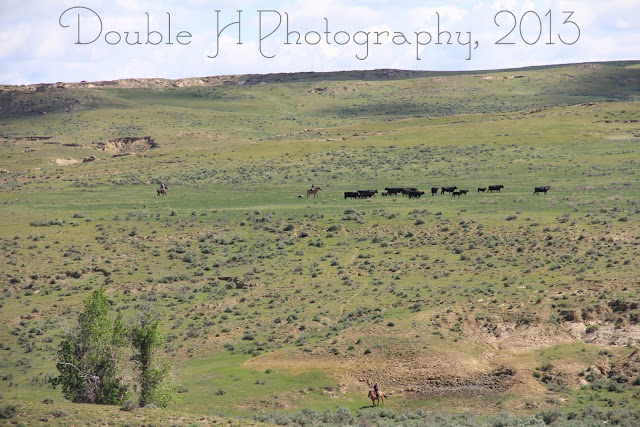 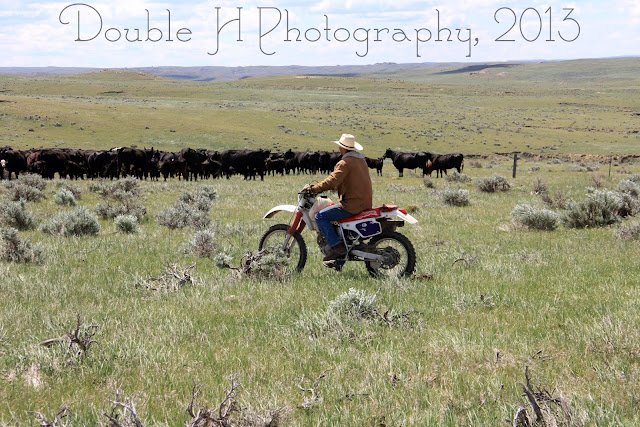 When we reached the south end we stopped the cows on one of two big flats along the fence line near a gate. We hold them in a fairly loose bunch, not letting any get away but providing enough room they can (hopefully) keep their calf with them. This is my brother guarding the back side of the bunch. 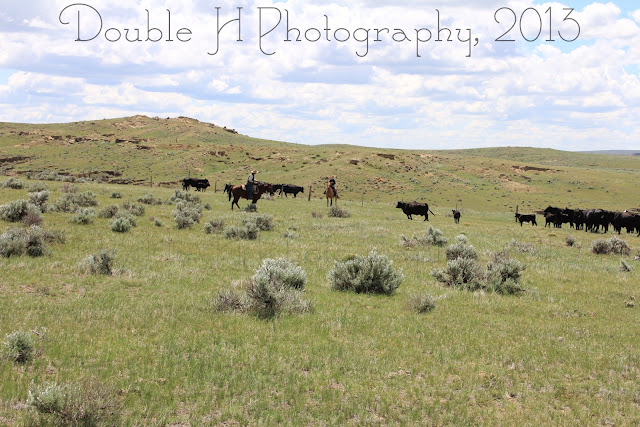 Here are my dad and I on the front side, both guarding the gate and sorting pairs. My brother's girlfriend is just to the left of the photo, preventing the cows from heading back north across the pasture instead of through the open gate, into a new pasture without anything in it before we started sorting.﻿ 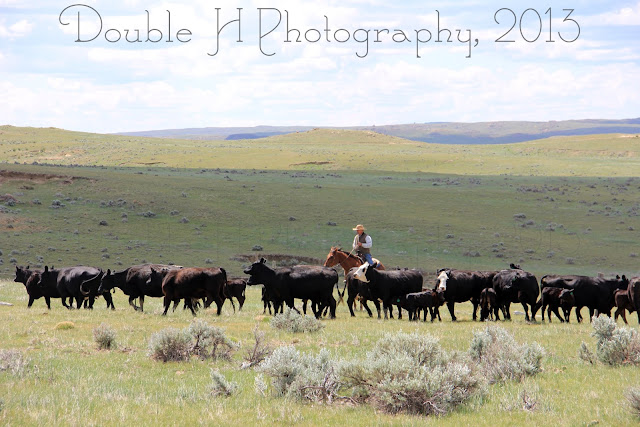 Above is my dad making a sweep, where he rides a little way into the herd, turns and sweeps the cows out and toward the gate. This will usually result in those that are paired trailing out. 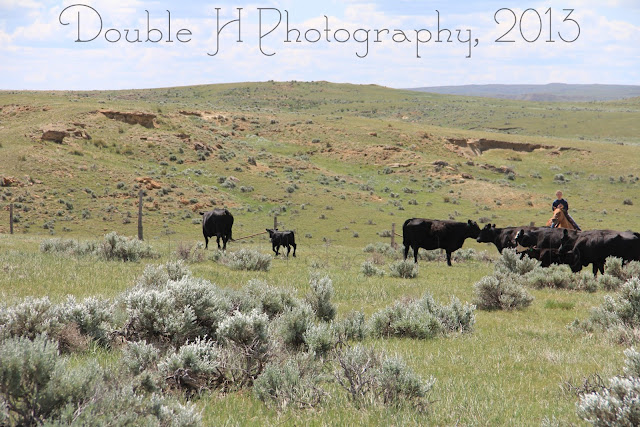 Here I am behind him. On this pass we only got one. You can see how she is trailing out and the others that aren't paired have stopped to look for their calf or mom. 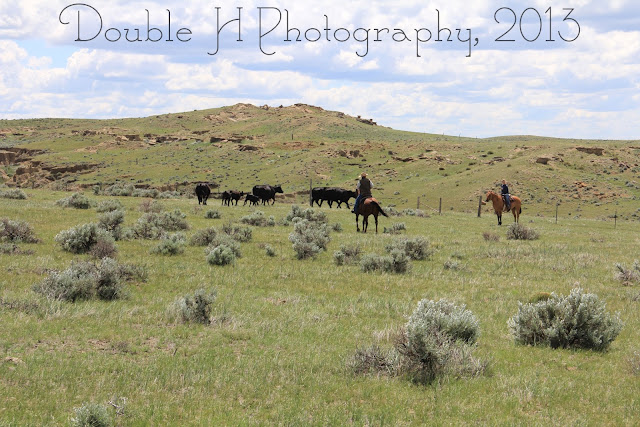 Here's a bigger group, four pair at once this time. We also try to do this in a calm fashion. If you go super fast and get everything stirred up, pretty soon no one can find their calf, everyone is upset, and it doesn't go well at all. It's a lot easier on the livestock and us if do things at a slower pace, plus it's faster when you look at the time it took to complete the entire task. 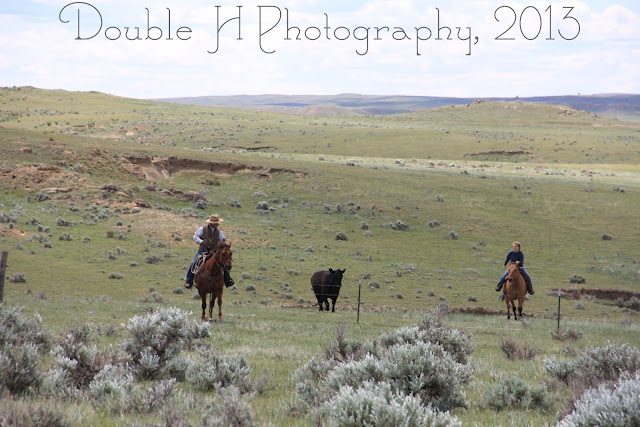 You never want to let anyone through the gate unless you're sure they belong together. But, sometimes things happen, like a calf misses the gate and goes back down the wrong side of the fence. In that case you have to go get the cow and bring her back to get her calf again. That's what happened here. 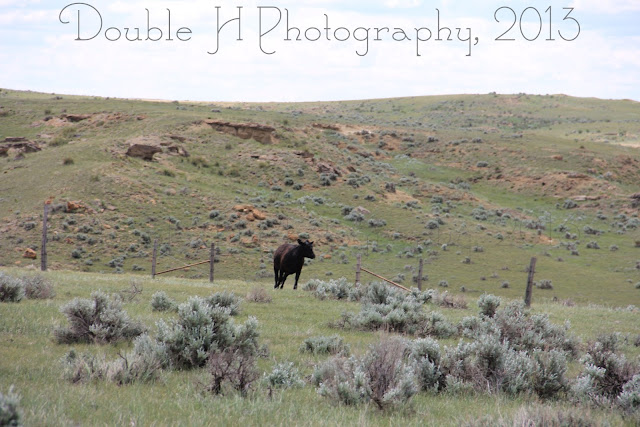 She knew she didn't have her calf, and jogged right back through the gate to go gather him up. It doesn't always go like this. Sometimes the cow just decides to leave, and you have to convince her to come back. That's when you want to be on a good horse. 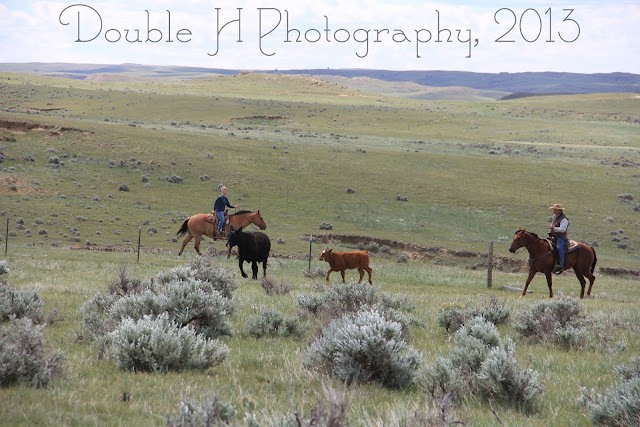 But this was a good cow. Dad had her calf stopped, and she mooed at him and off they went again, together. 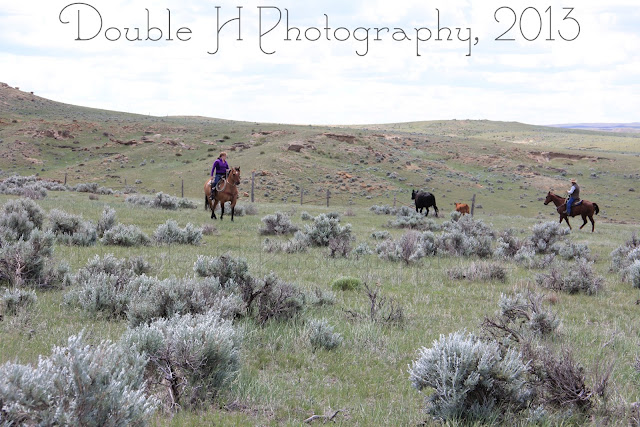 Everyone has to work well together for a sorting to go well - both horses and people. This is a more technical ranch job in my opinion. Between keeping the cows grouped, but not too tight, making sure only pairs go through the gate, keeping a count on how many pairs you've sorted, being calm but able to run down a cow who has suddenly decided she's had enough and is leaving, then slowing right back down and go back to sorting, and being able to move to wherever you're needed to accomplish all these things in tandem requires everyone work together. 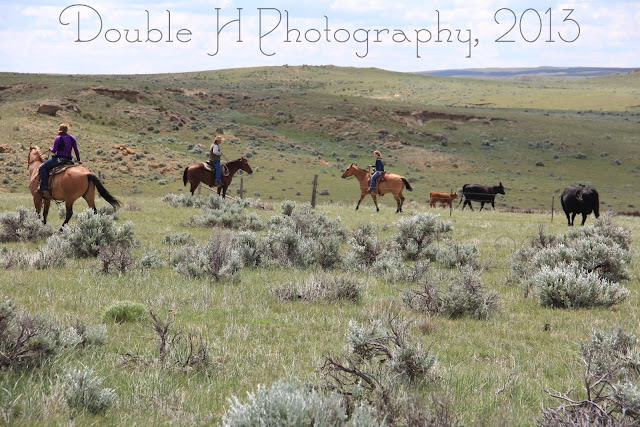 Both made it through the gate the second time. 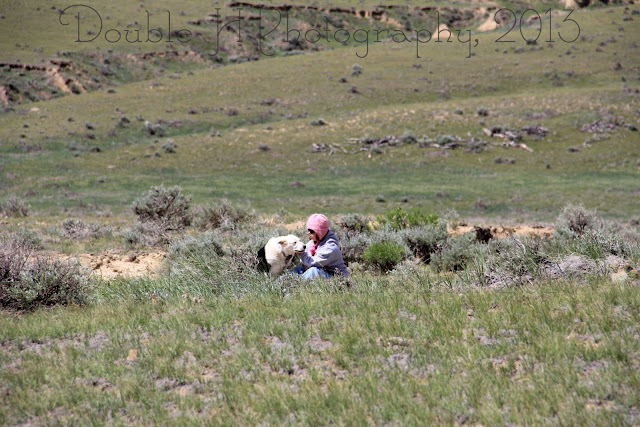 Then, when we get toward the end, and down to those cows who don't have a clue or care in the world, we unleash "The Crackin." Ok, just kidding, his name is Mister, and this is him and my sister sitting in a low spot. Her job while sorting is to hold him on a leash until he's needed. Sometimes she sits on the 4-wheeler with him, but this was her spot of choice on Saturday.
If you're a mom, and you're in the grocery store, and there's a creepy, dirty guy that keeps eyeing you and your kids, you probably have them all lined up, accounted for and in your sight. Mister is the creepy dirty guy to a bunch of mother cows. He instills bellering, slobbering, chasing after him, and typically a much increased awareness of where a cow's calf is. The cows that don't care are usually much less dramatic in their response to him compared to the cows that do care, much like there are usually still a few screaming kids reaching by the creepy guy to get their favorite sugared cereal while the mom aimlessly looks at pop tarts across the aisle. But he still has some impact, enough on this day.
He helped convince the last few, at least for a few minutes at least, that junior wasn't yet of an age where he could do as he pleased and we got them sorted and through the gate. 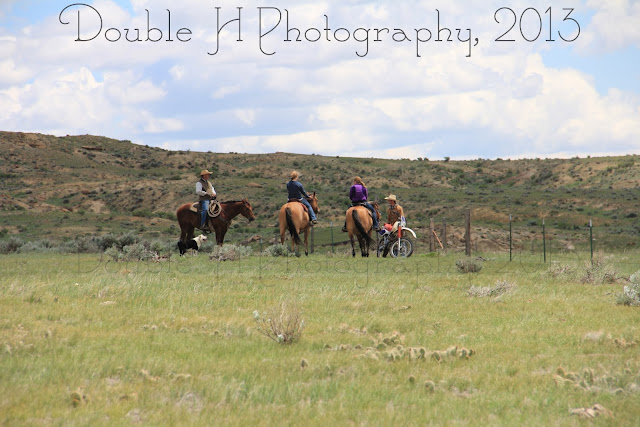 When the last few went through the gate, we convened for a brief meeting of how many additional pairs we needed from the next pasture to get the correct number to fill our loads, trailed the slick calves and their moms to where they belonged, and continued on with our day.
Sorting pairs with his family has always been one of my dad's favorite jobs. There are big blow ups (with cows) and mad chases that last a matter of seconds, smooth cuts to bring out a big group that's paired, satisfying cuts and dodges on a horse that finally got it figured out, and a good feeling of having accomplished the task together as a family.
Posted by doublehphoto at 5:46 PM 1 comment: