The calves of fall

Last week I grabbed my camera and headed out to check the cow's water, with the goal of getting some nice photos of our whopping steer calves. It proved as easy as getting a photo of a group of elementary school-aged human males where they're all looking at you and smiling, but the beautiful day did lend itself nicely to capturing other members of the bunch. 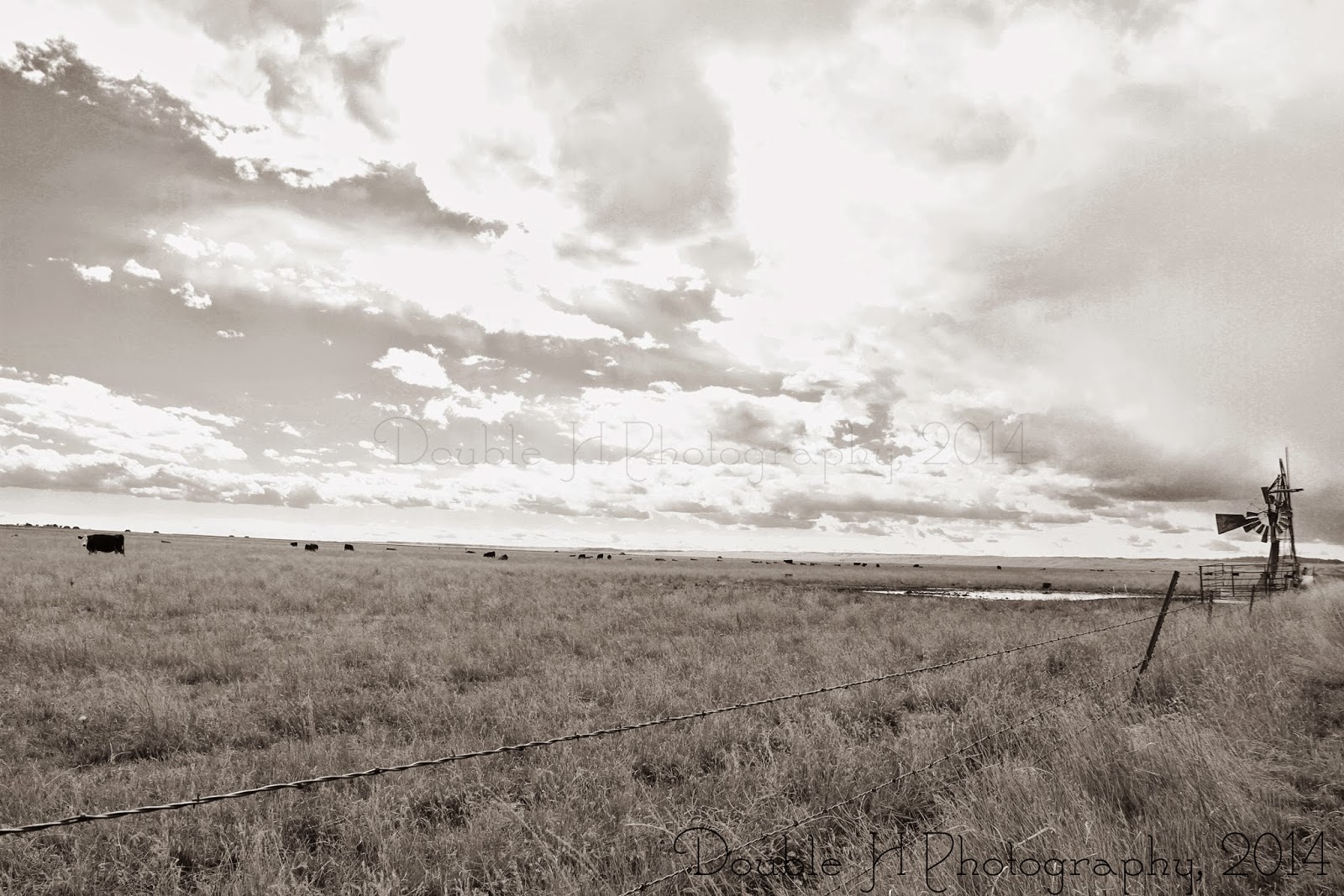 I just love this old, falling down windmill! 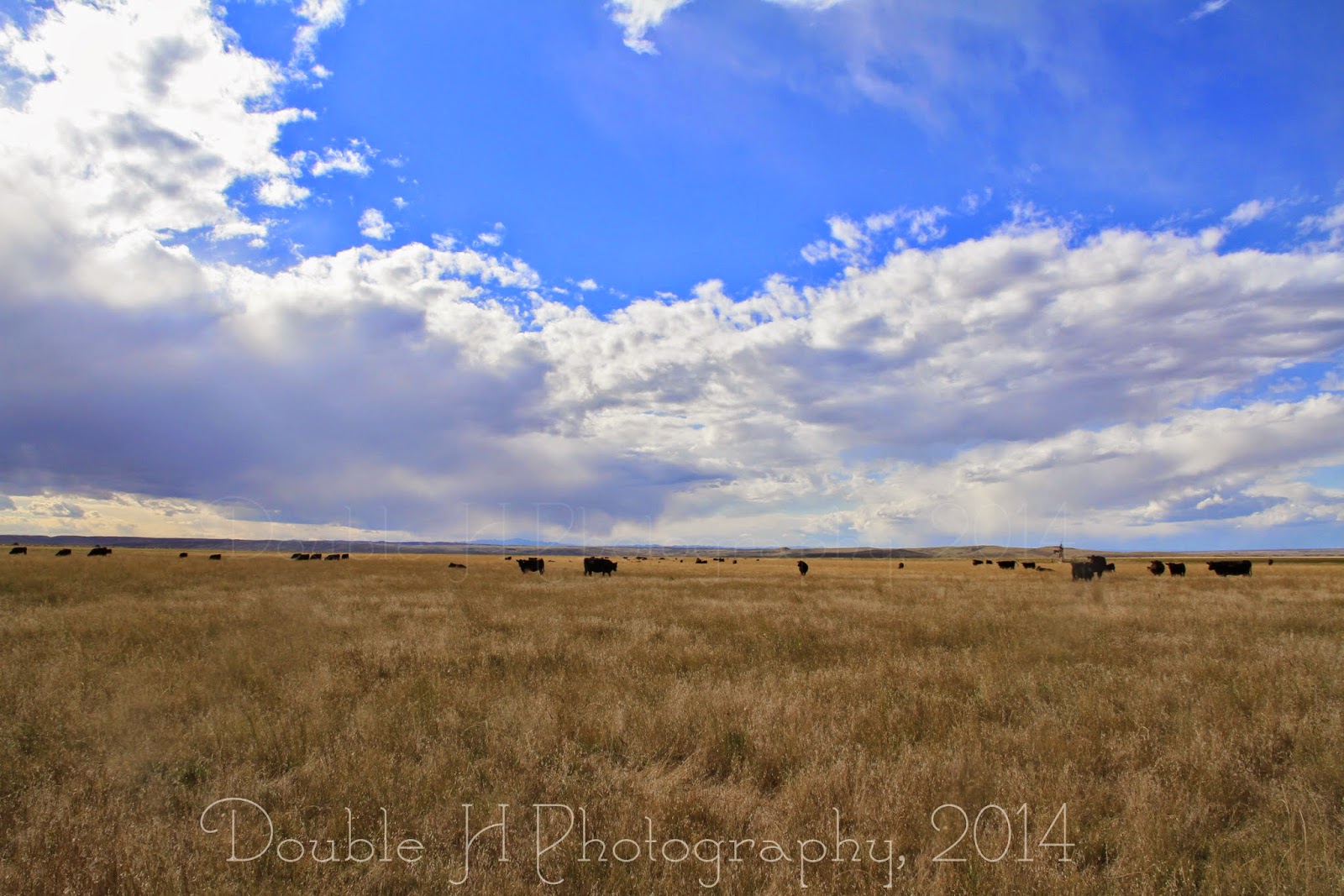 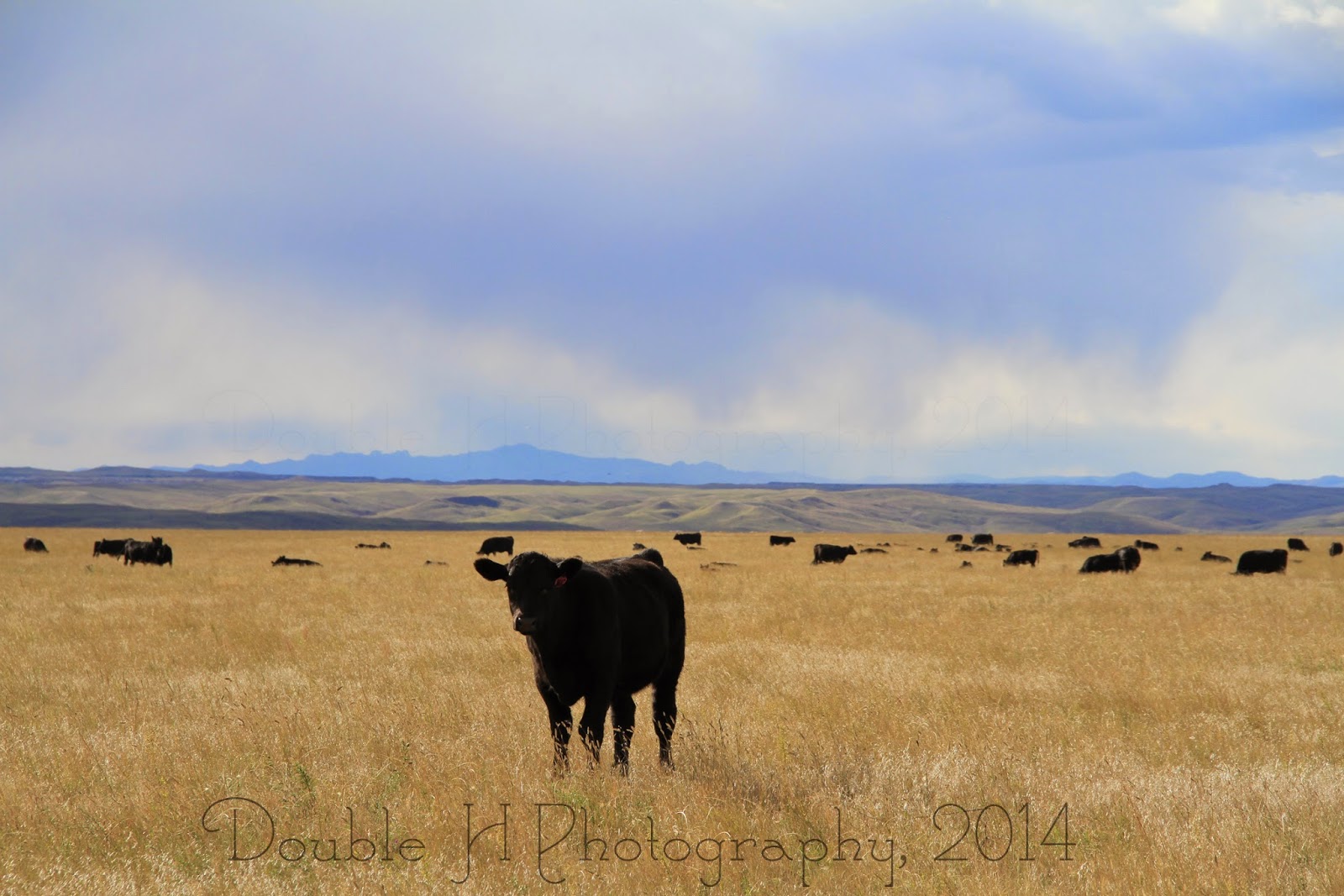 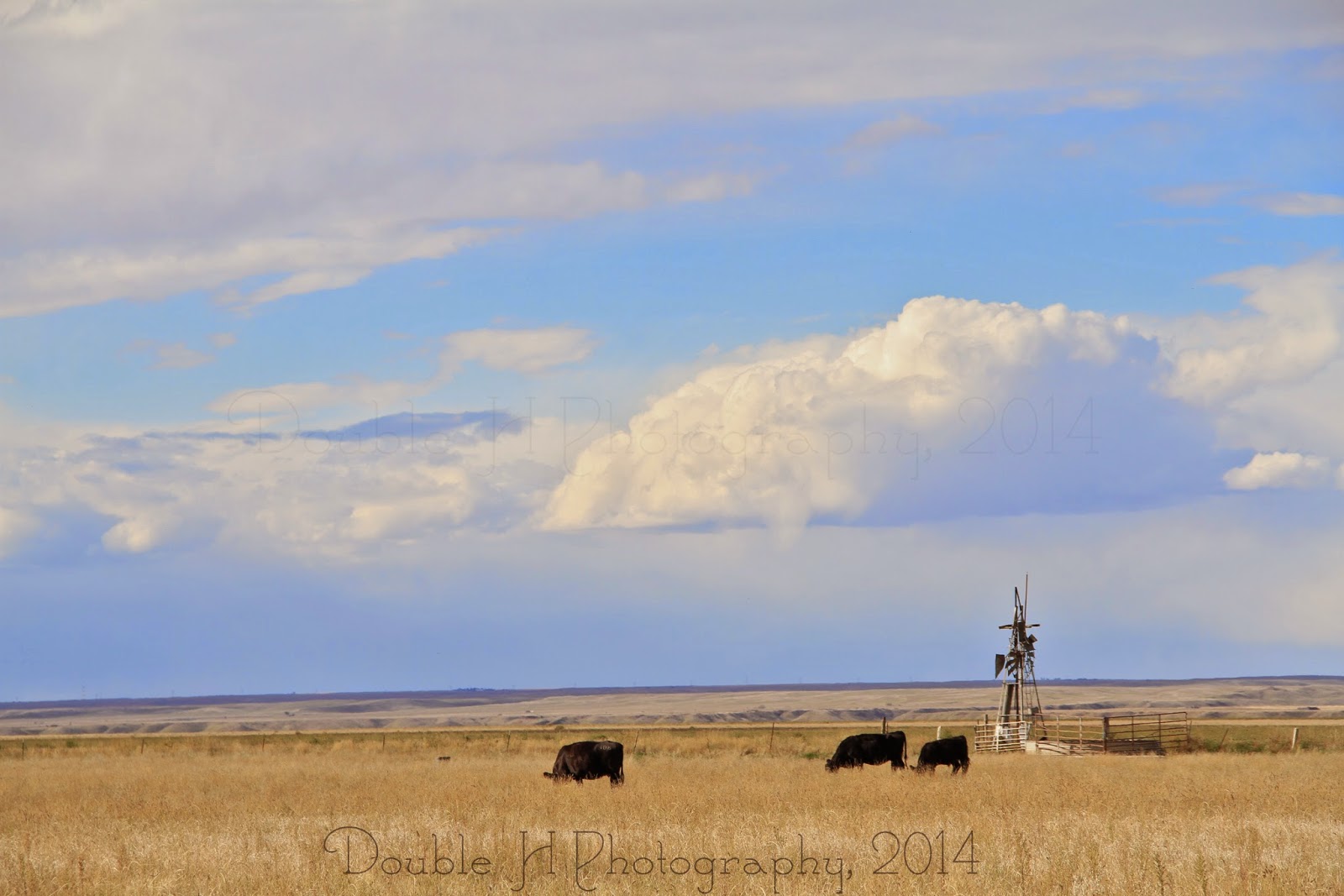 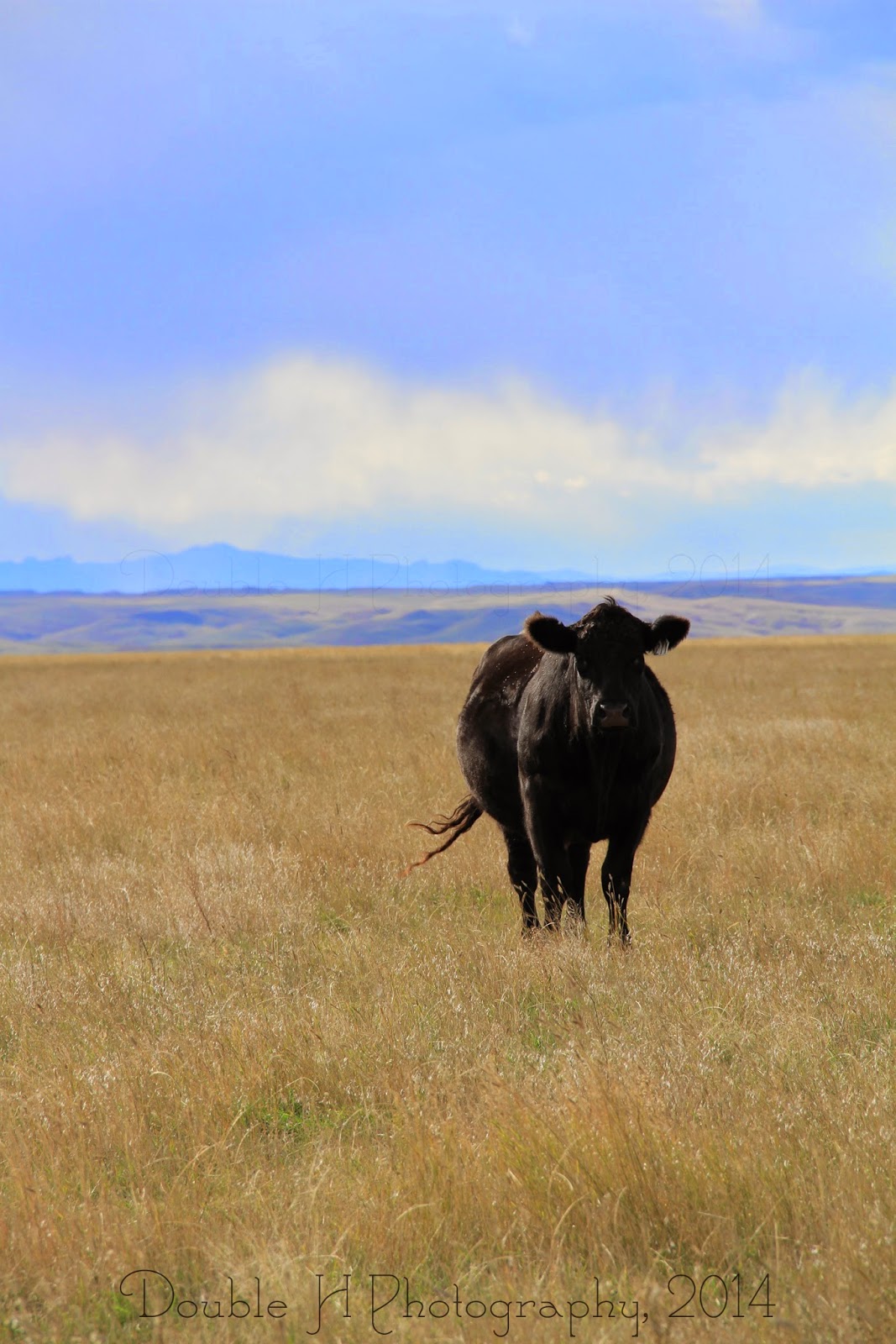 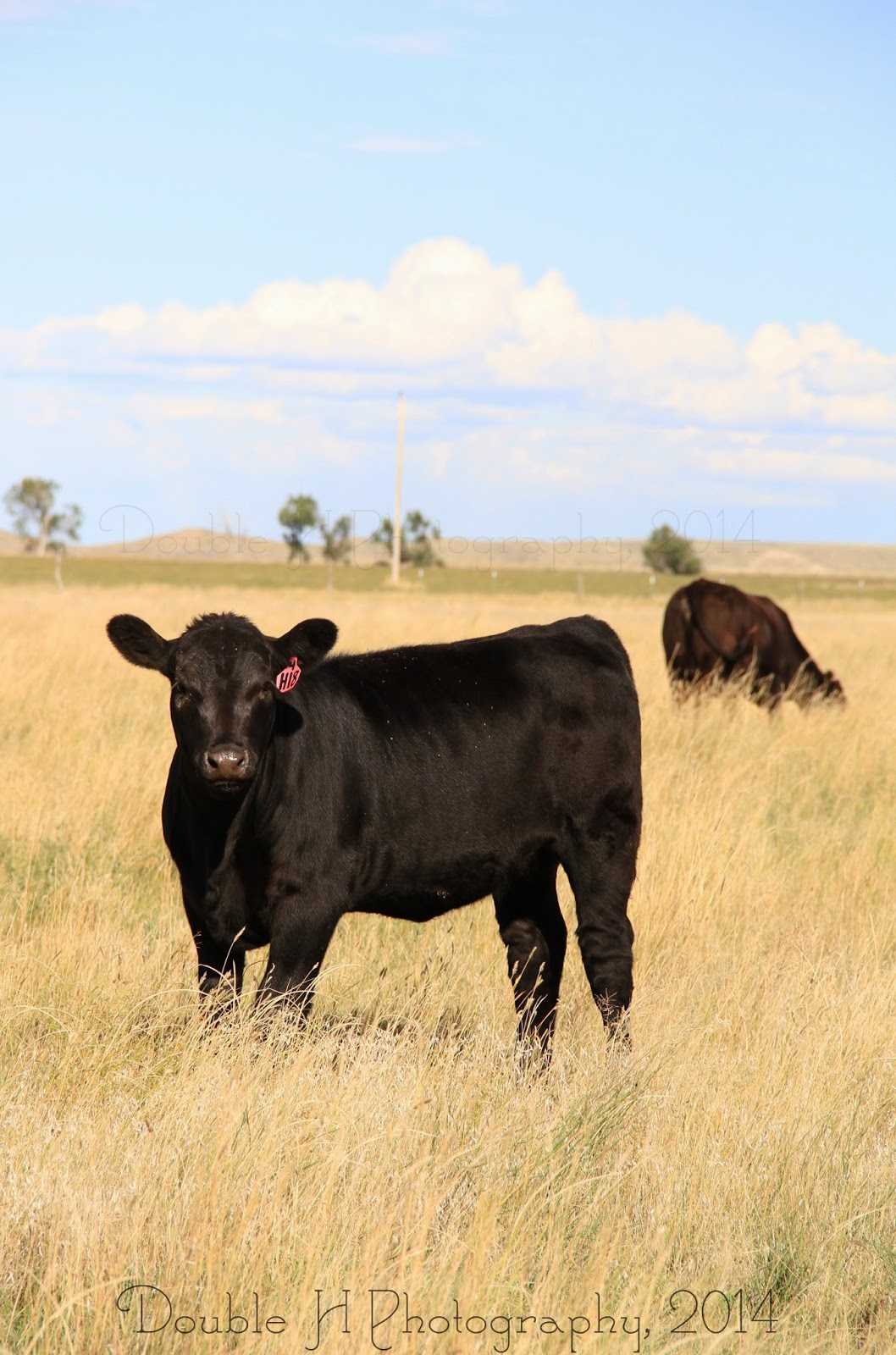 One of the "pinkies," whose mother came with me from Wyoming. 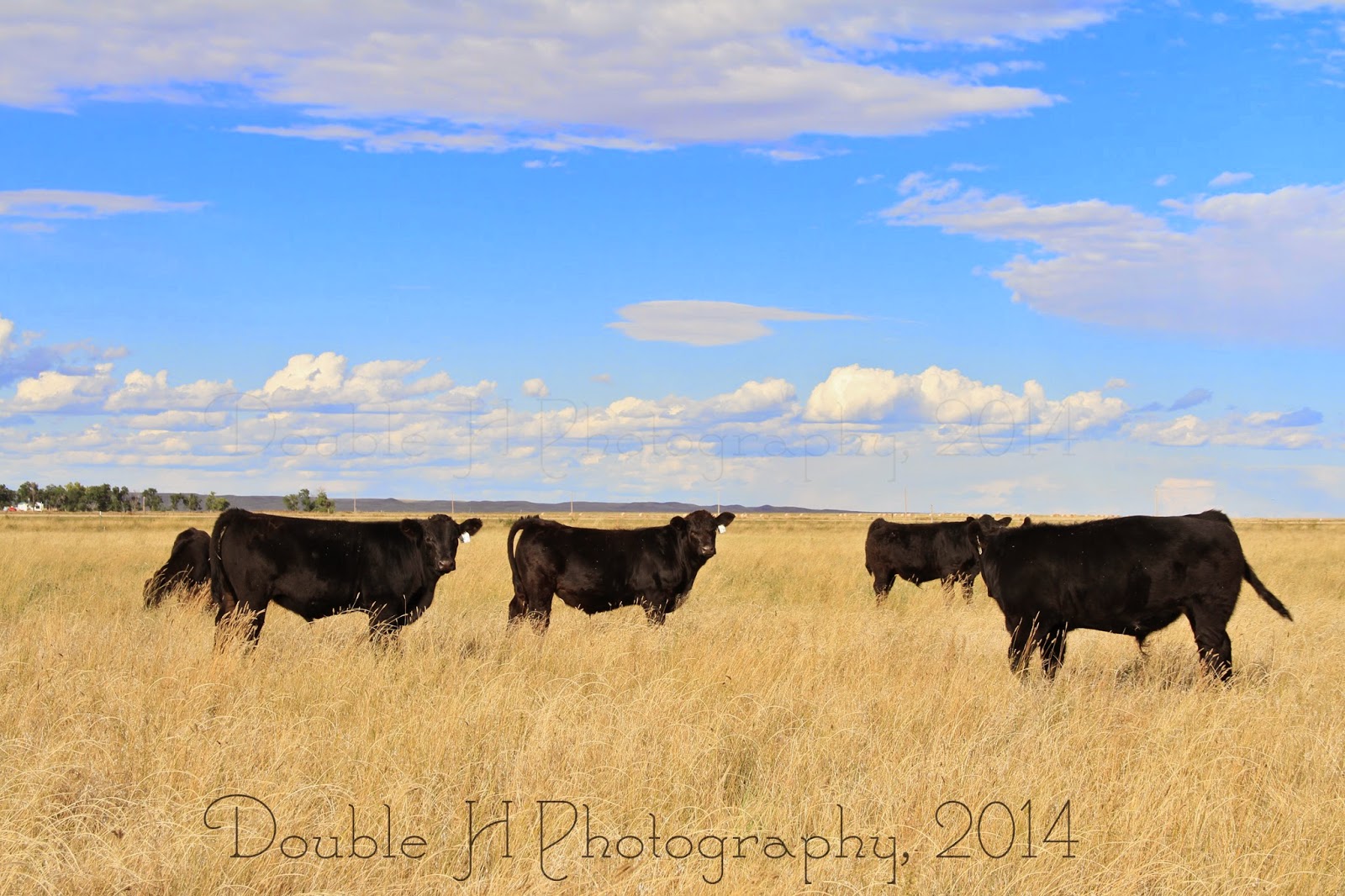 There they are - the best I could do of multiple steer calves. 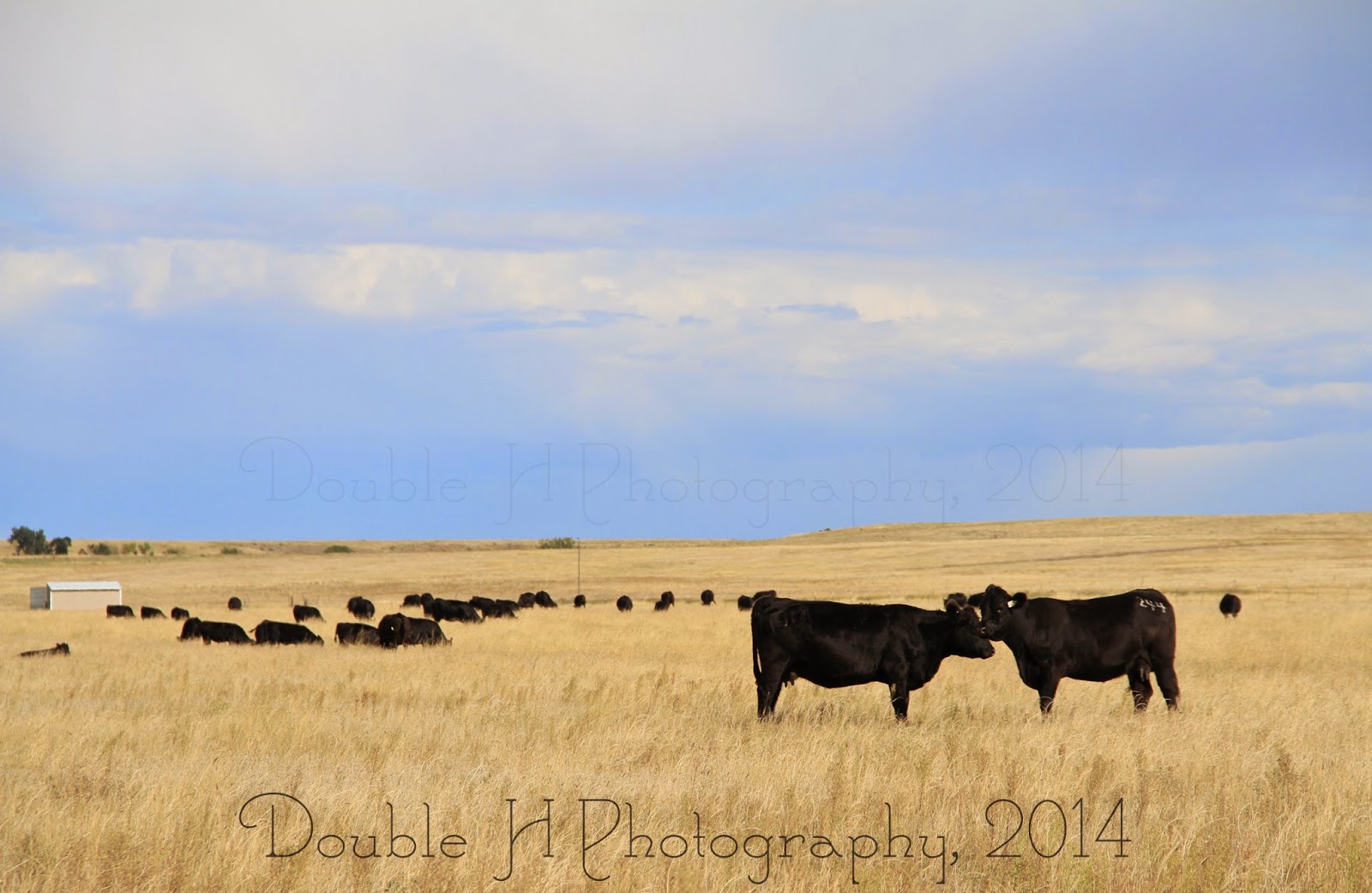 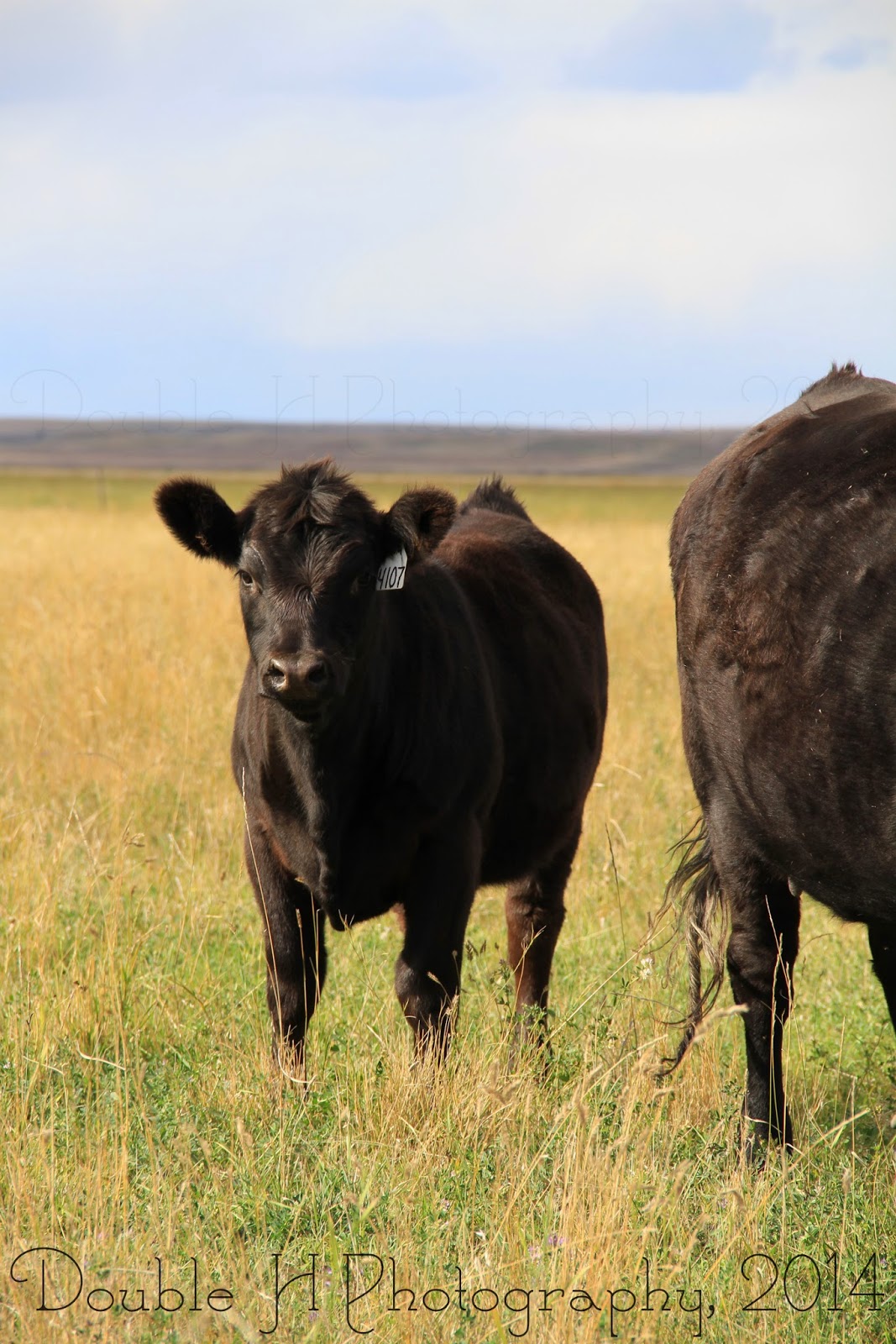 The heifer calves were much happier to pose. 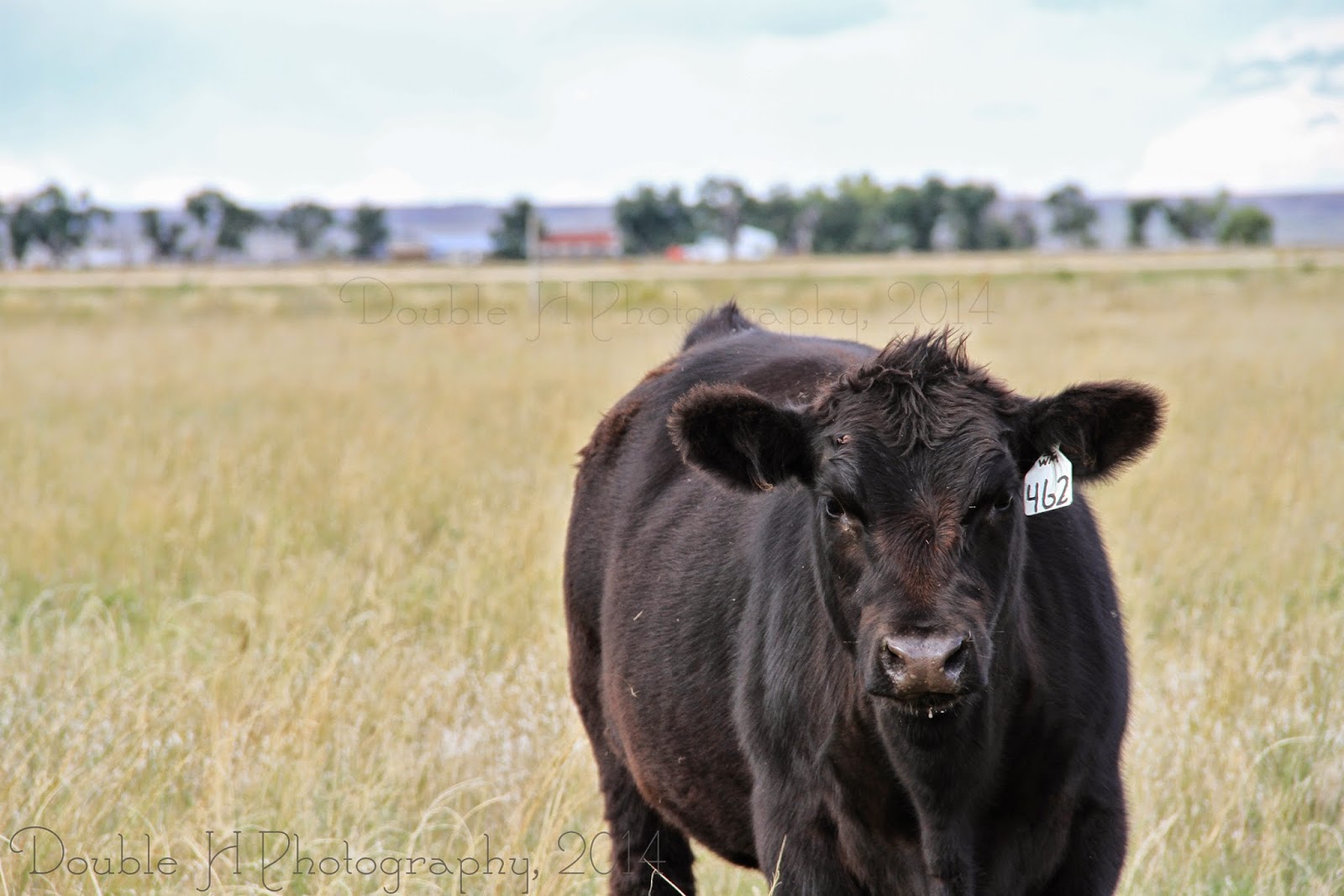 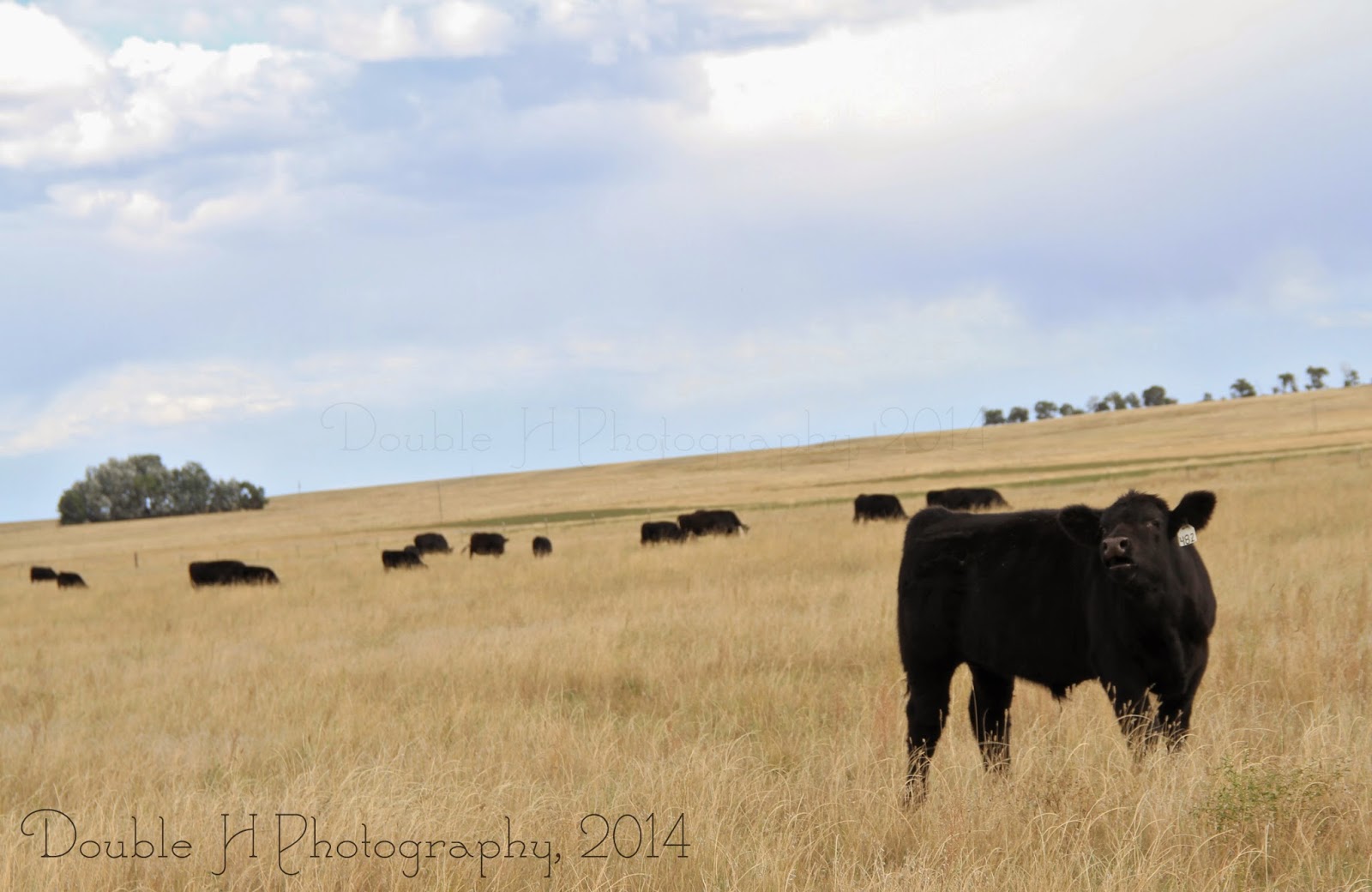 These calves are out of our first-calf heifers, three-year olds, and a handful of my older cows. Some are AI bred (the lower numbers), and some are bull bred. We are very excited and nervous to sell the big end of the steers in the next couple weeks in what has been a record breaking calf market all year. The money they make us will have to last us an entire year, until we sell next year's calf crop.
Part of the reason for taking their picture is to remember the (hopefully) highest priced calves we've ever sold. We have been blessed with an awesome year in western South Dakota, and that in combination with the high cattle prices has us and our cattle in excellent spirits going into fall.
Posted by doublehphoto at 8:46 AM 2 comments:

One year ago: Winter Storm Atlas

One year ago the Atlas blizzard hit. I was fortunate to be a part of extensive coverage of the devastating weather event in between helping gather and care for the living and laying the dead to rest. I am incredibly grateful for the coverage the storm got on agriculture news outlets, and for the opportunity to be a voice for myself, my friends and neighbors. I still find it hard to believe that one of my biggest successes as a journalist was the result of a blizzard, but I am thankful as well. God works in mysterious, wonderful ways. However, he also doesn't stop time, and we have had to stay on our toes to keep ahead the past year.
With that same mindset, I am also grateful for the surge of attention the storm is receiving on its one-year anniversary, but hope it is somewhat laid to rest after this anniversary. It's one of those things where you wish you didn't have to read anything else about it, but that you're simultaneously grateful for the support and desire and explain what has happened to those impacted by the storm.
With that said, here is an article I wrote in the days following the blizzard.
Here is a second link to a special edition I was honored to be a part of that details the storm, those affected and those who helped. It just came out this week in the tri-sate area (SD, WY, NE).
And, here is a thank-you piece circulating the web that states how those impacted by the storm feel a year later which does a wonderful job explaining everyone's mindset one year later.
I hope you take the time to read at least the first and last links, and they clearly show the changes that have occurred in our mentality over a year's time, as well as the impact everyone who helped us has had.
Below are photos from the days after the storm, many never before seen, of what we found, how we lived without electricity for nearly a week, and of the storm itself. While initially among the most heartbreaking and difficult experiences I have ever been through, over the past year the good Lord has turned this event into a truly amazing showcase of this love, grace and kindness poured out through those who believe in Him. Thank you to any and everyone who helped those impacted by Winter Storm Atlas in any way. It was so humbling and incredible to be on the receiving end, and the gifts people sent made all the difference in the world as we faced the storm's impacts over the long, bitterly cold winter that followed. We are forever changed for the better by your generosity and selflessness, and we are going to make it just fine. May God Bless you and American agriculture! 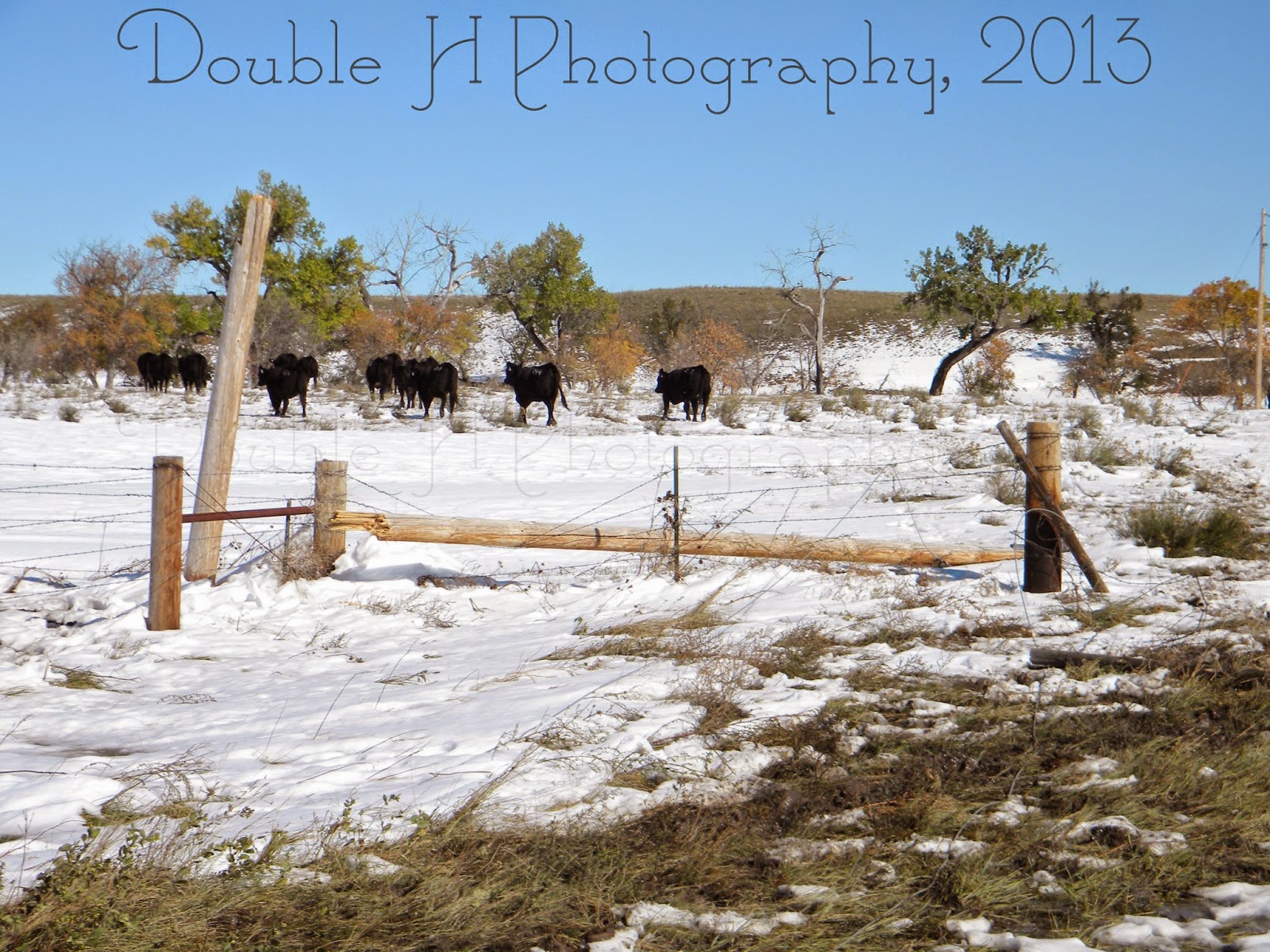 Gathering the living, and the electric pole that let them out of their pasture during the storm. 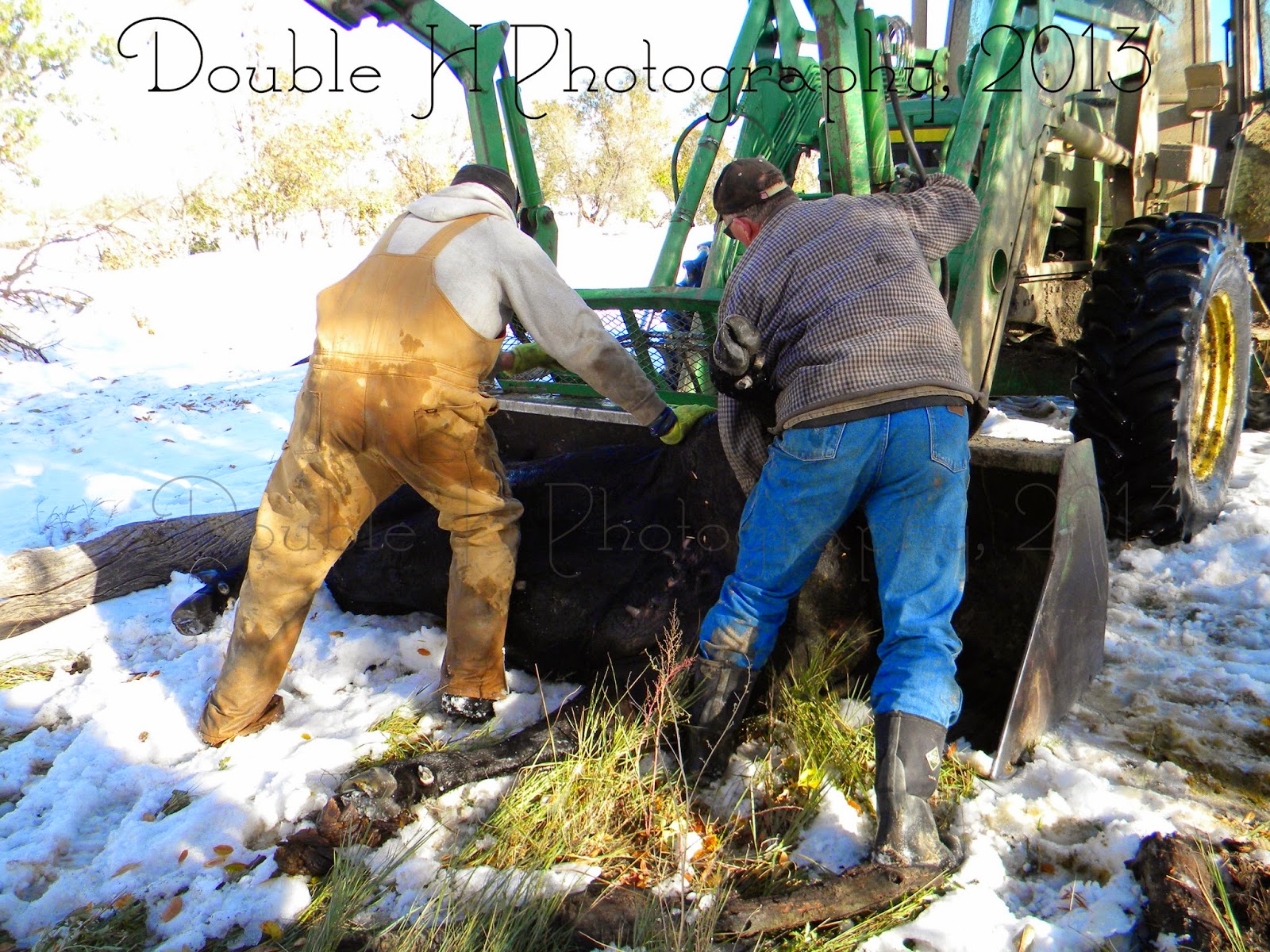 Trying to save a yearling heifer. 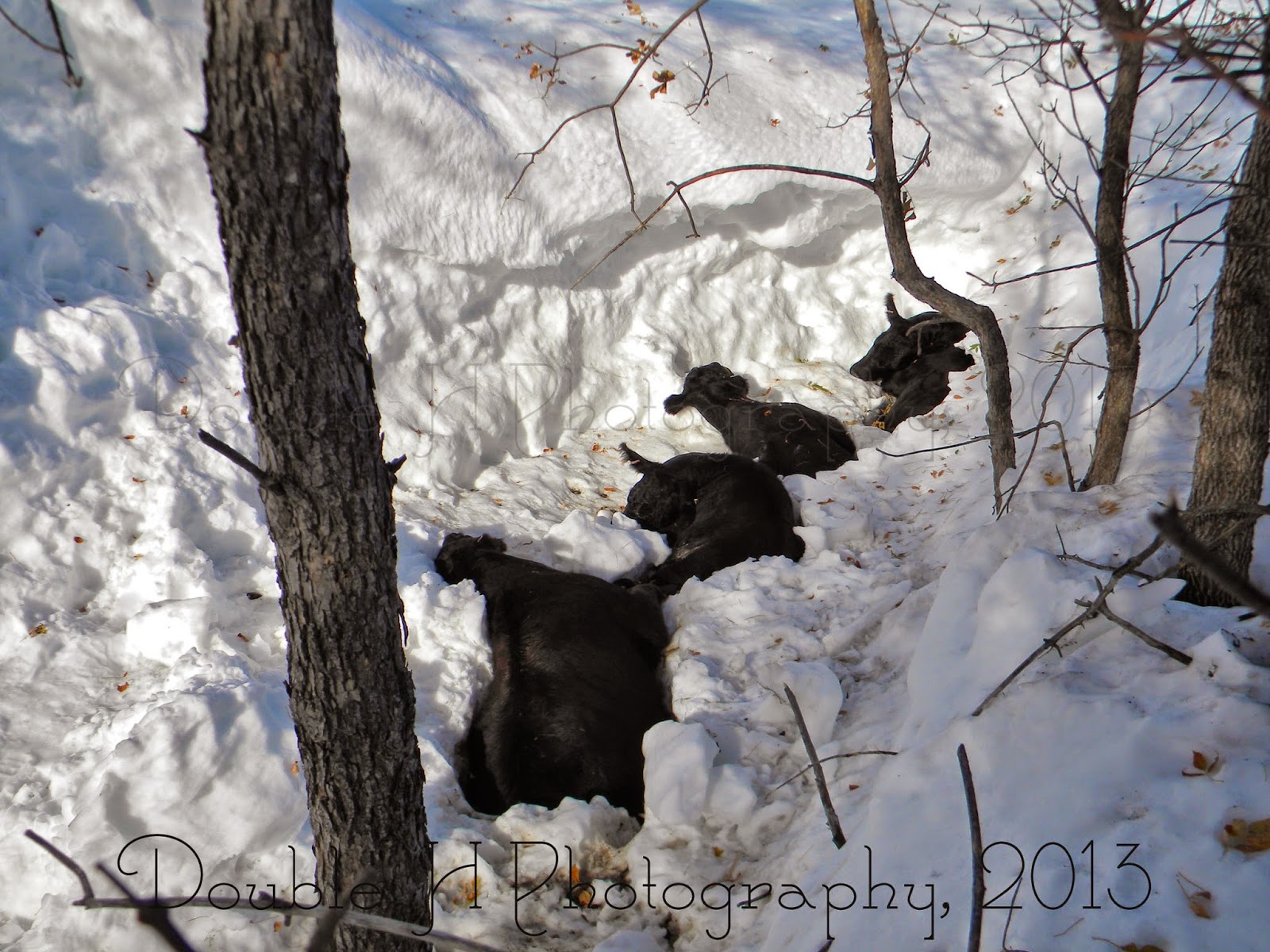 Our yearling heifers. The hardest site we came upon in our search.﻿ 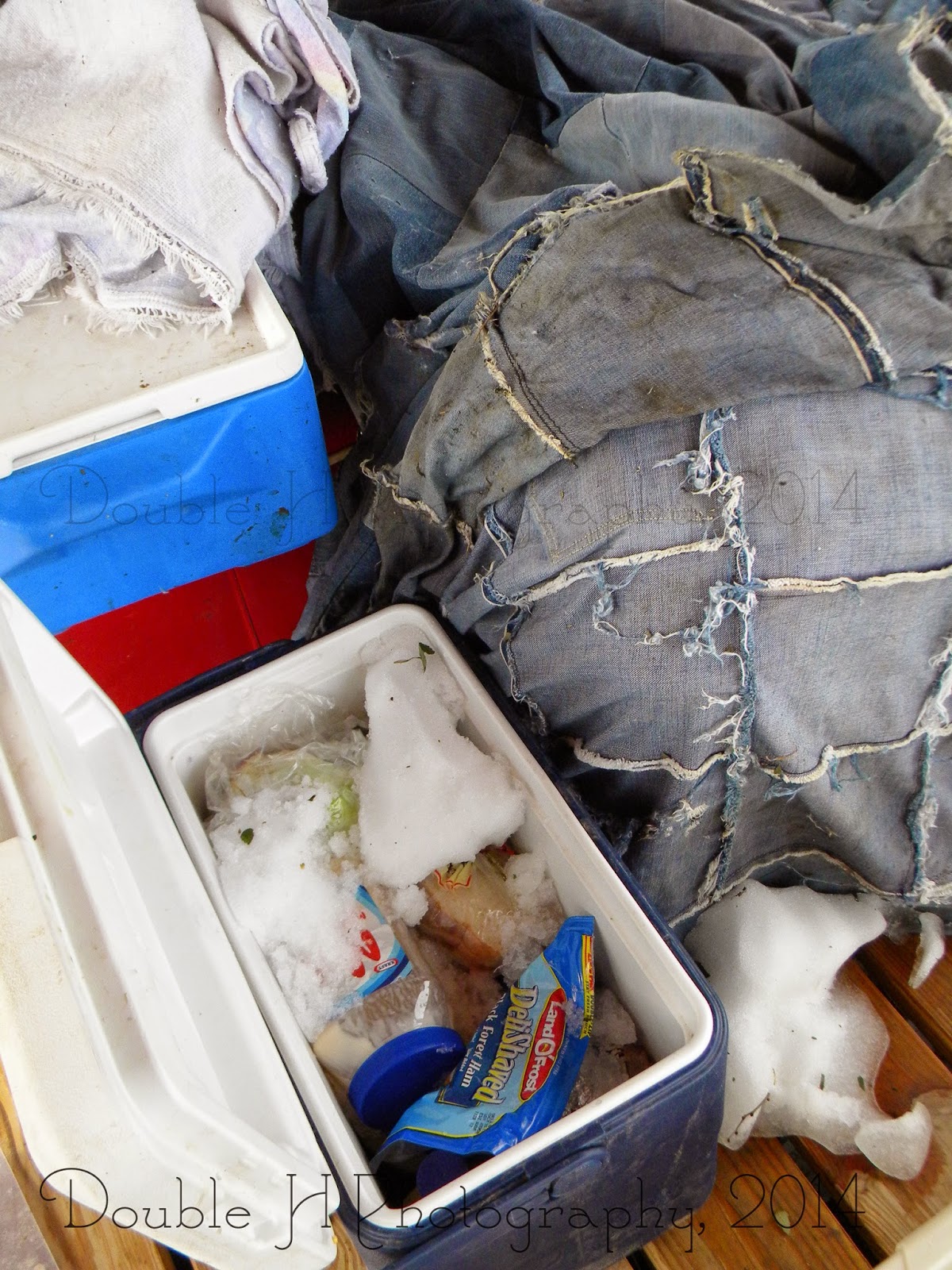 How we kept our food cold without electricity for days following the storm.﻿ 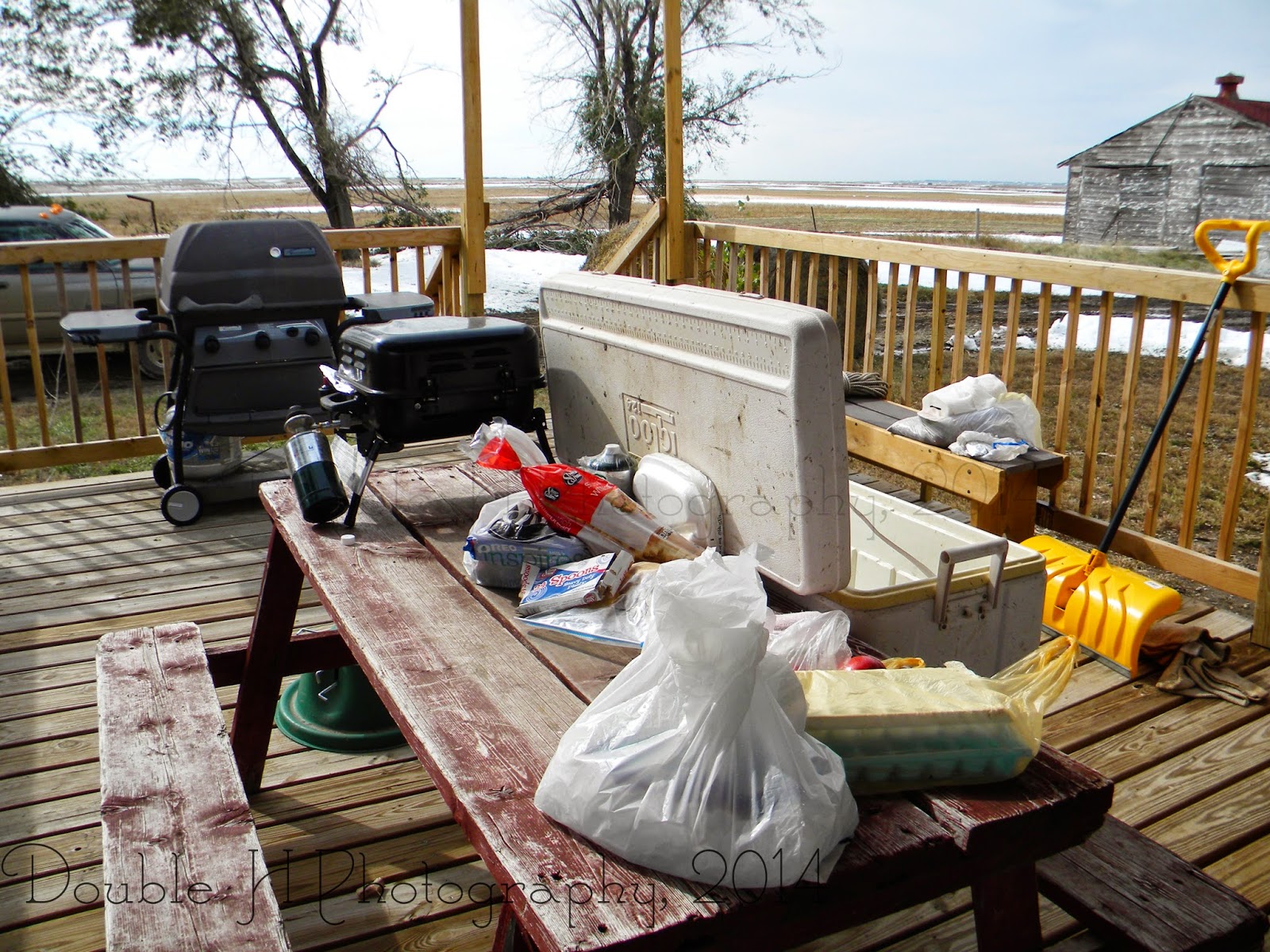 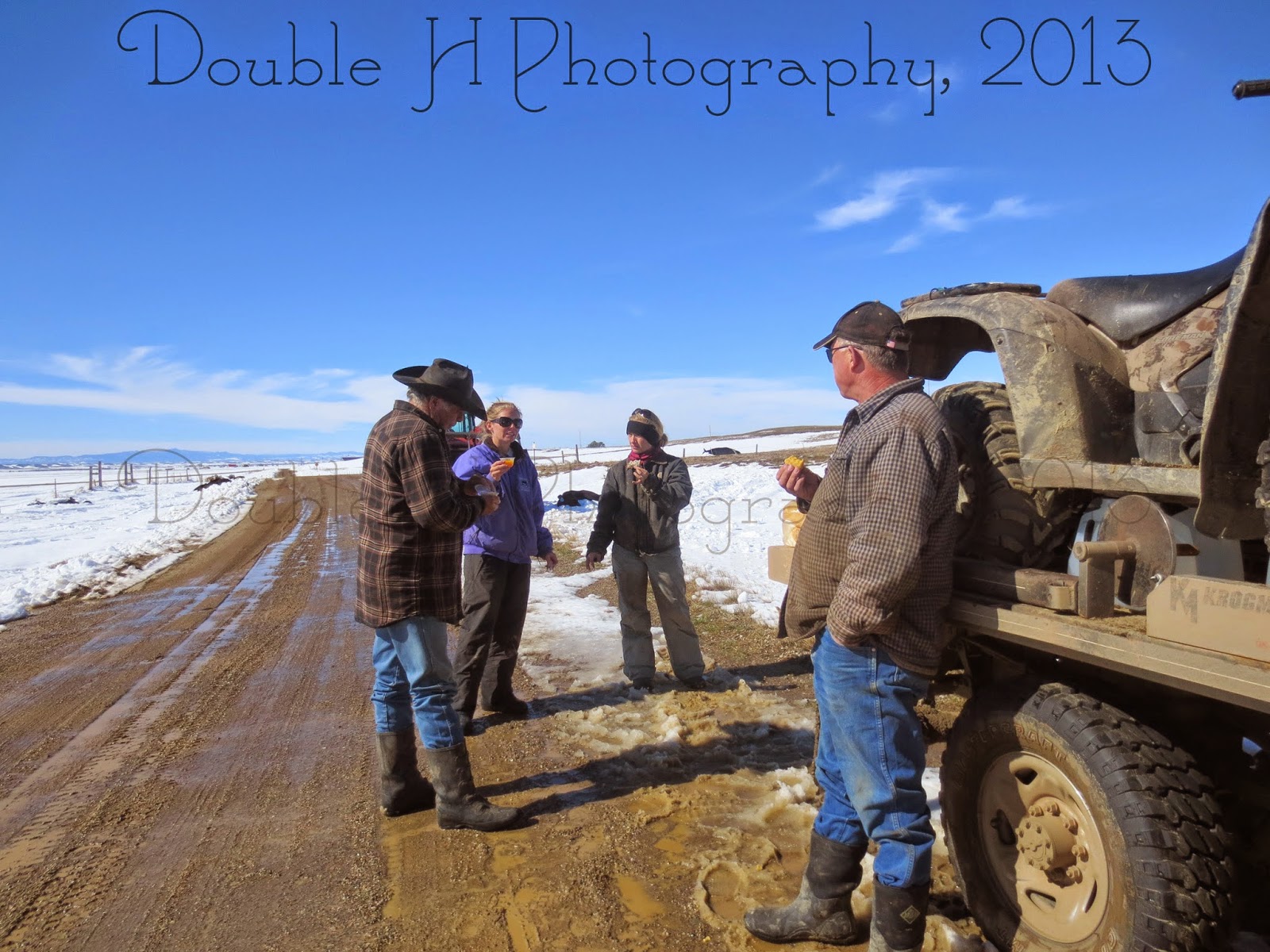 How we ate while searching. 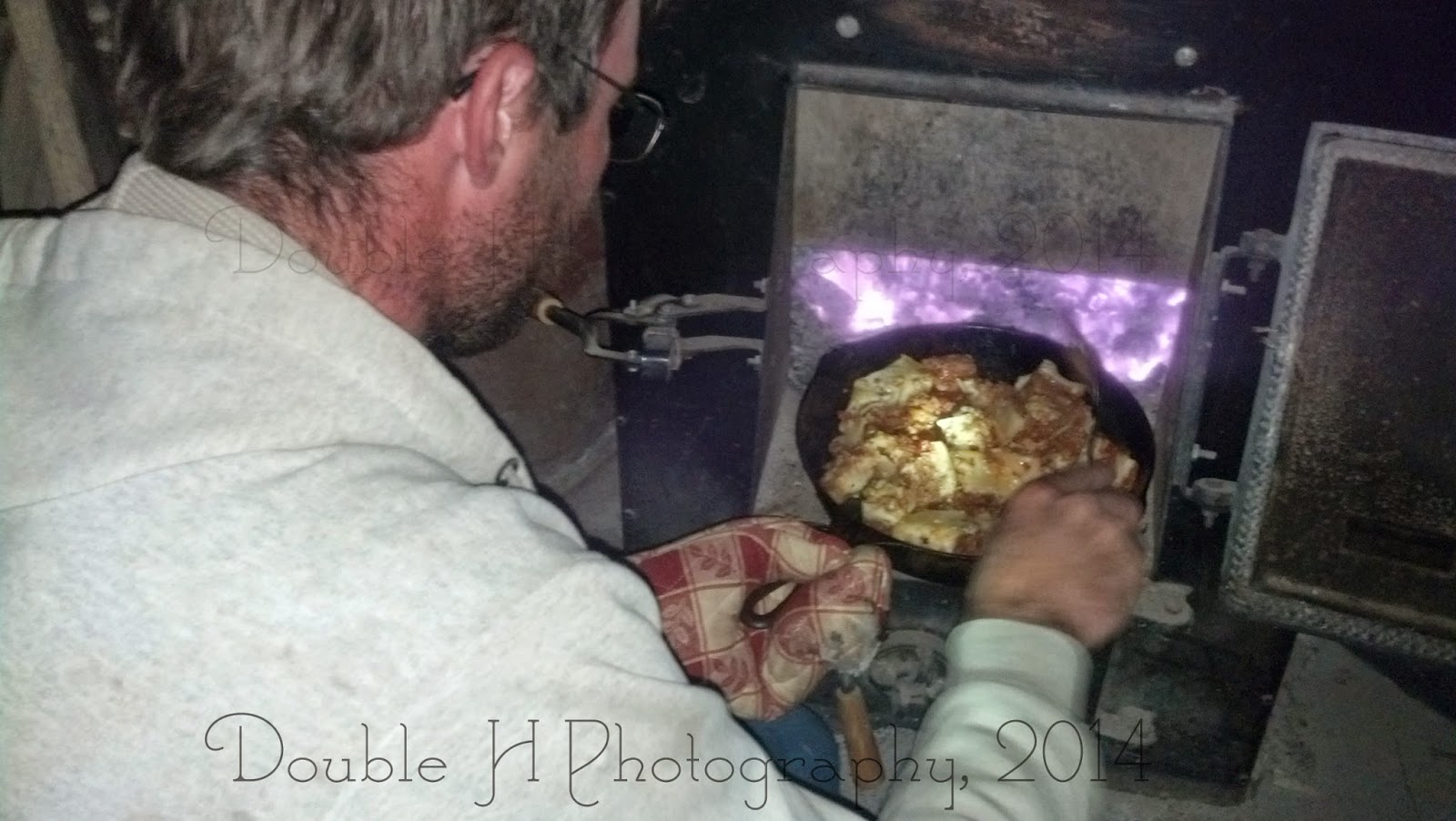 How we ate at night. Lasagna heated on a wood fire. I made a huge lasagna by chance (at God's silent urging) two days before the blizzard hit. It became our staple meal for nearly a week.﻿ 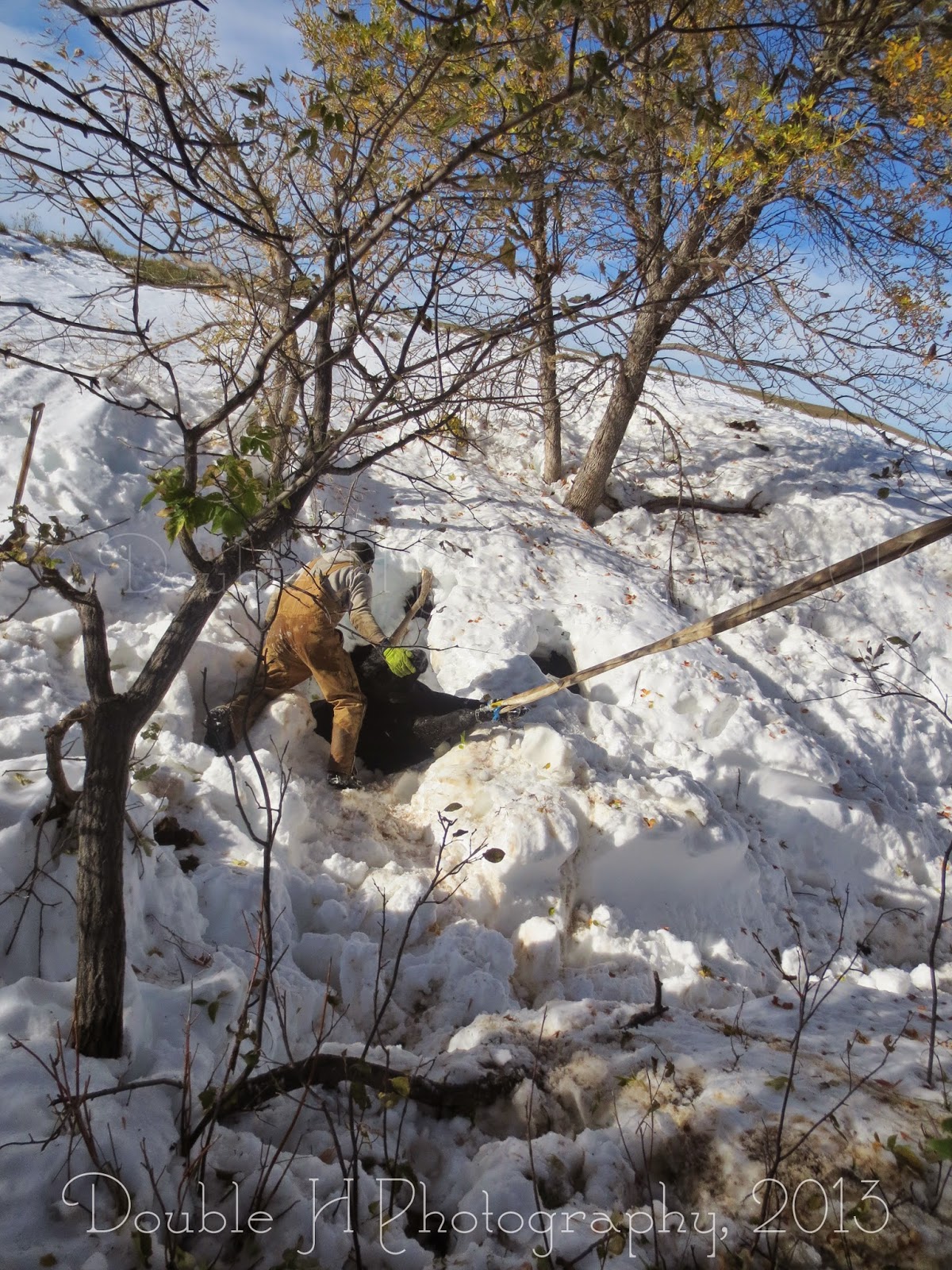 Trying to save a heifer buried alive in the snow. She was sitting on her rump, and was still a foot below the top of the drift when we found her.﻿ 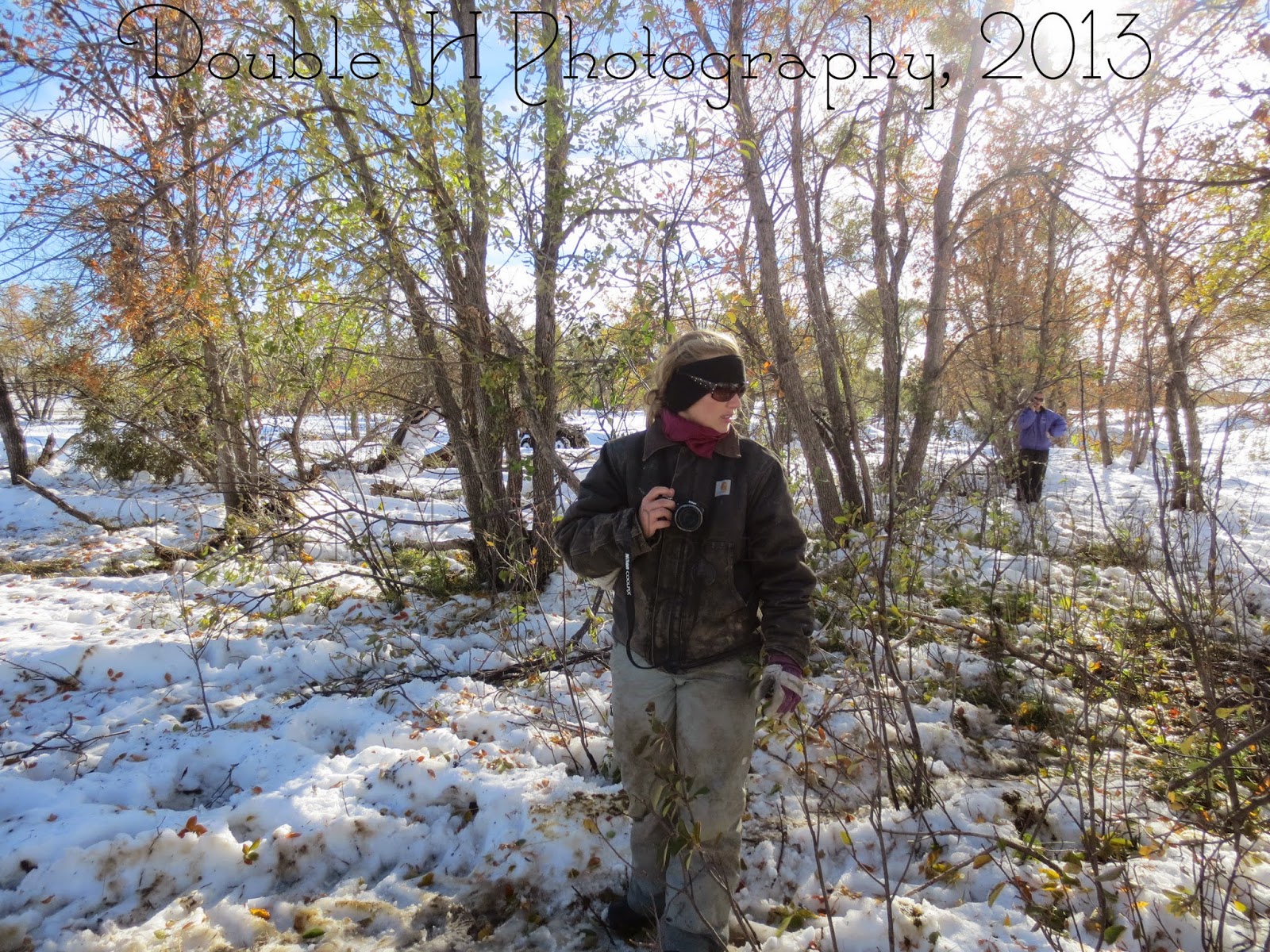 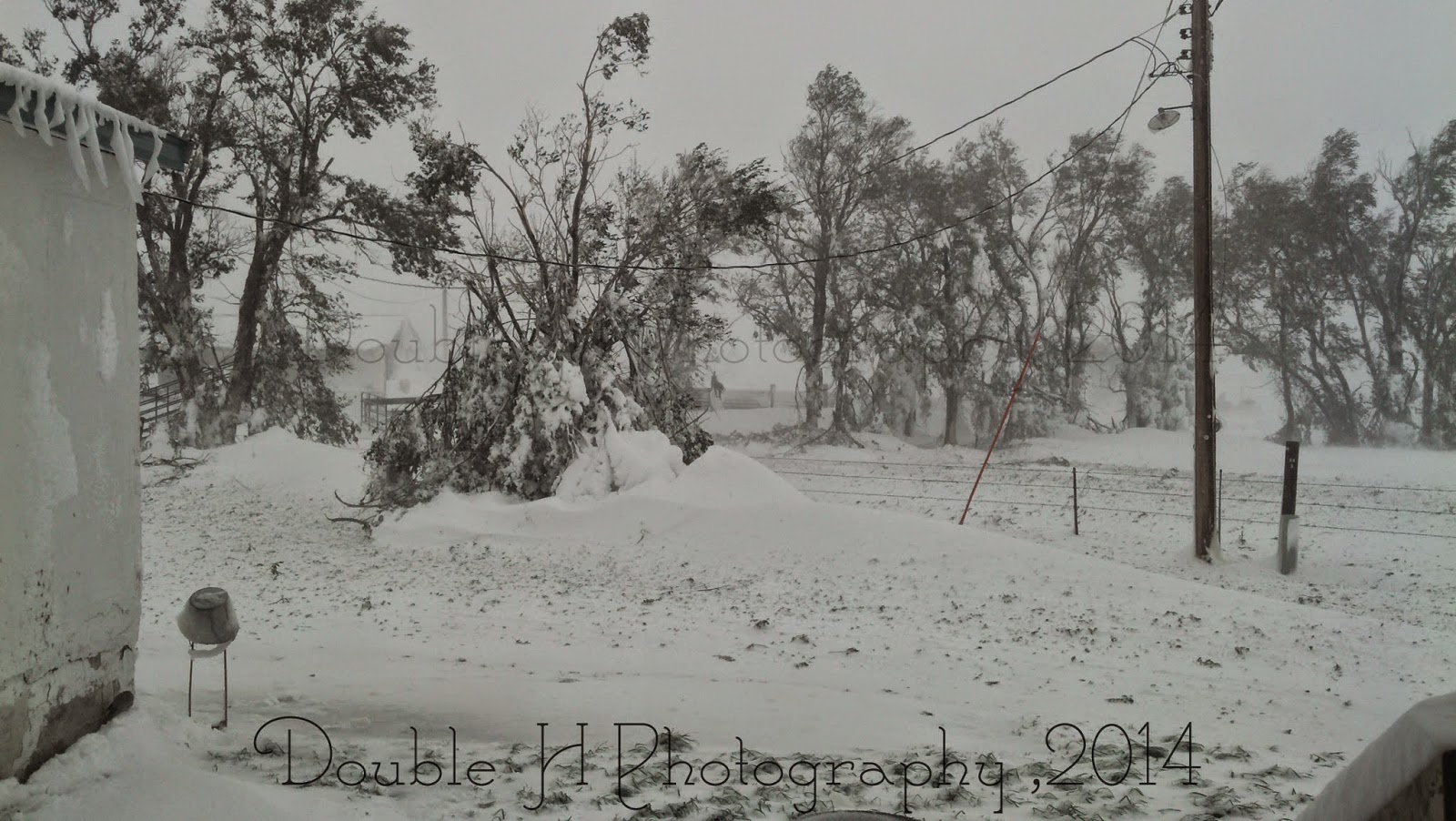 What the storm did to all our trees. 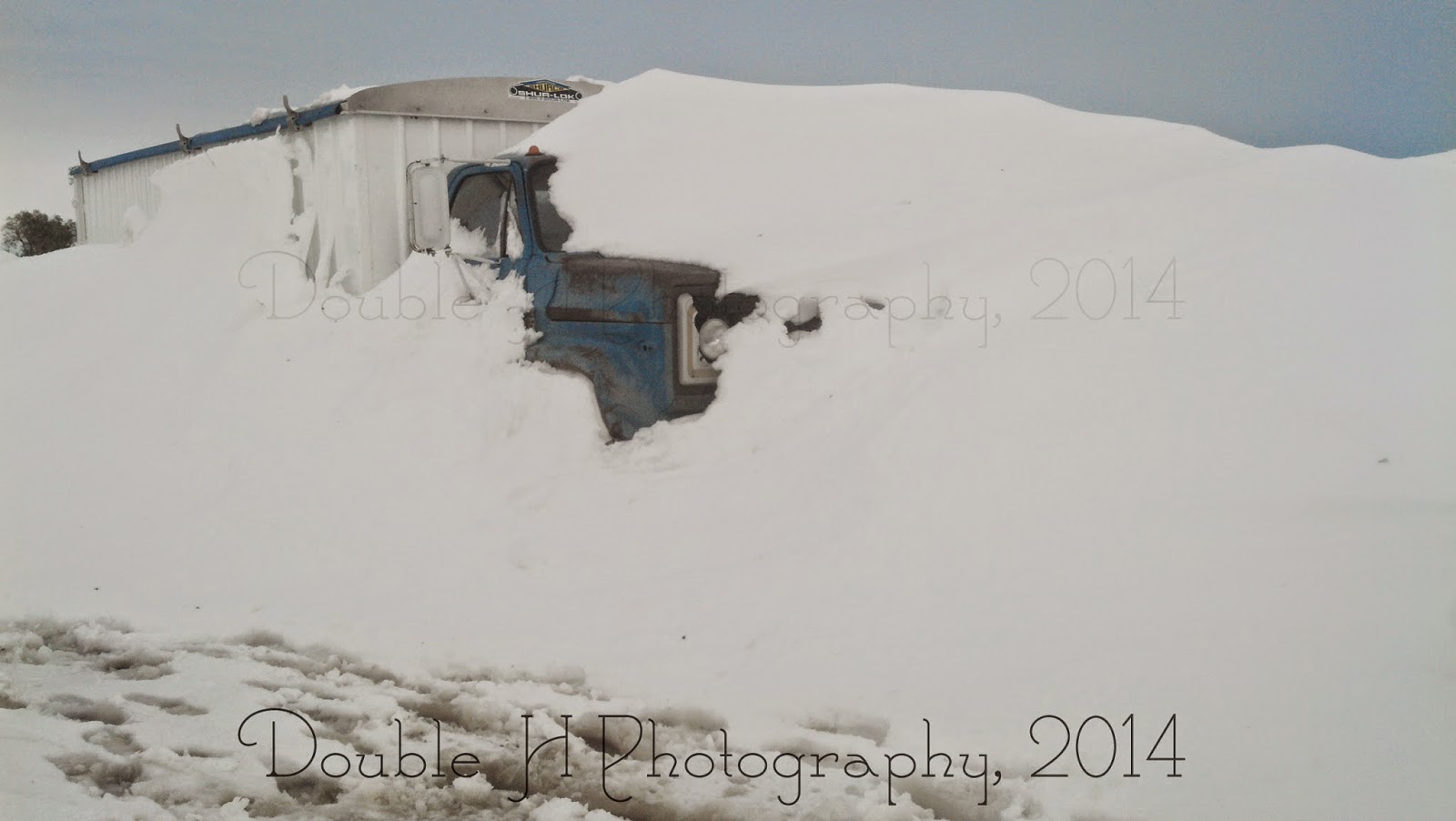 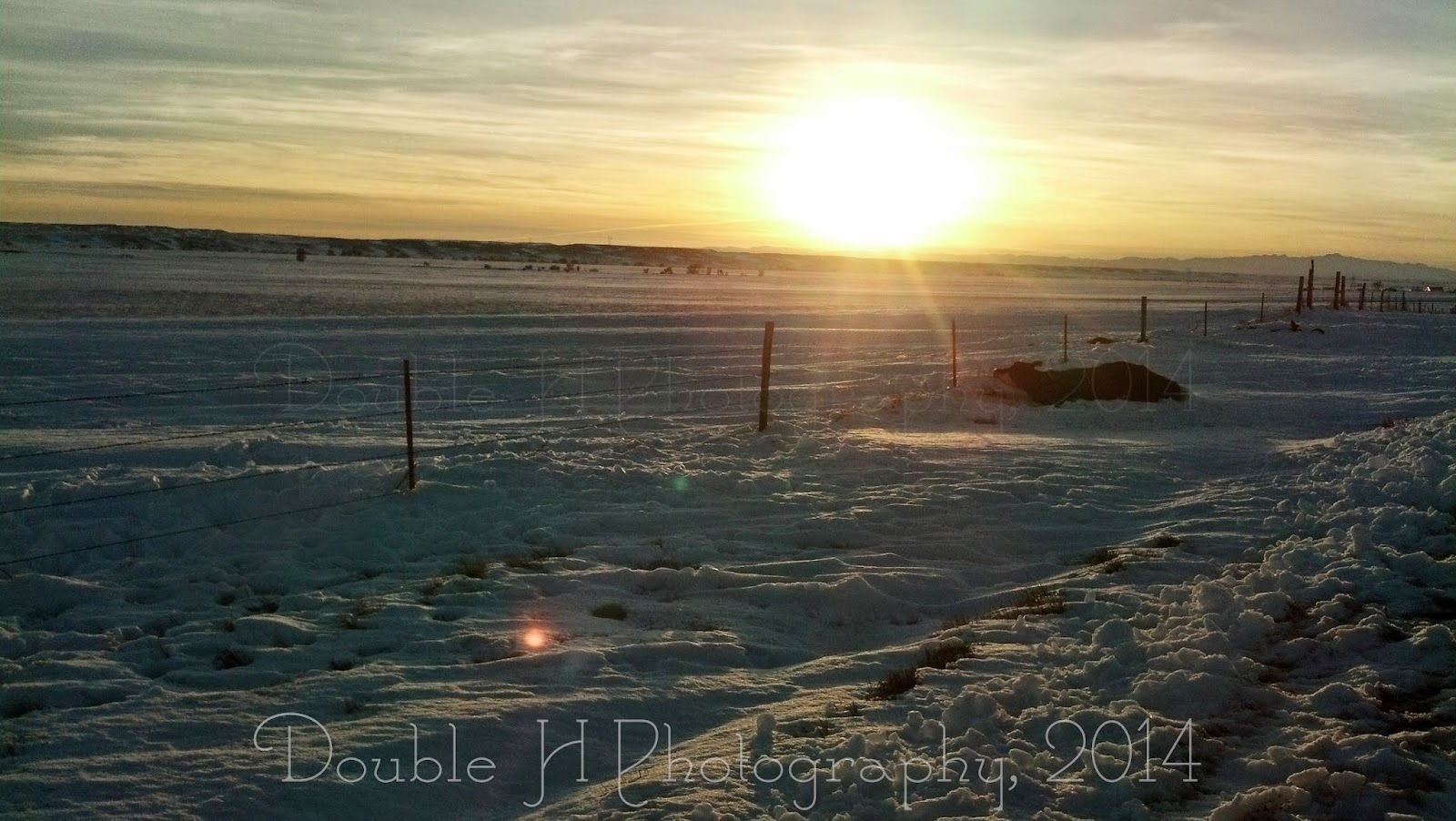 ﻿
Posted by doublehphoto at 7:00 AM No comments: