It's a beautiful afternoon in western South Dakota. Temperatures are in the 60's and we have a slight breeze at best. Following a frigid start to calving season, humans and livestock alike are enjoying the warming trend! 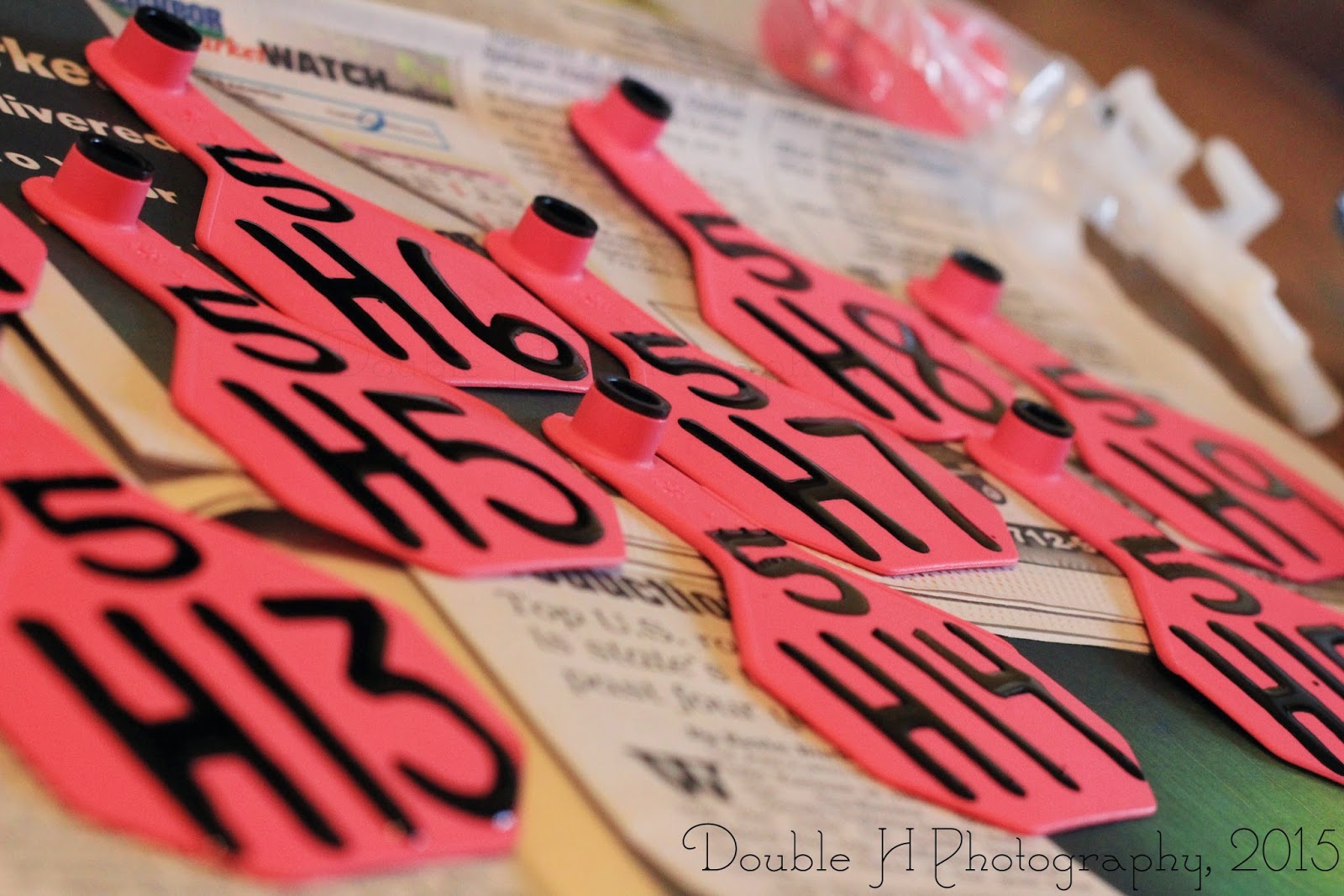 We are down to the last few first-calf heifers to calve, and the cows are in the thick of it. The pinky's (cows who came with me from Wyoming and bear a pink ear tag) are faring well thus far. 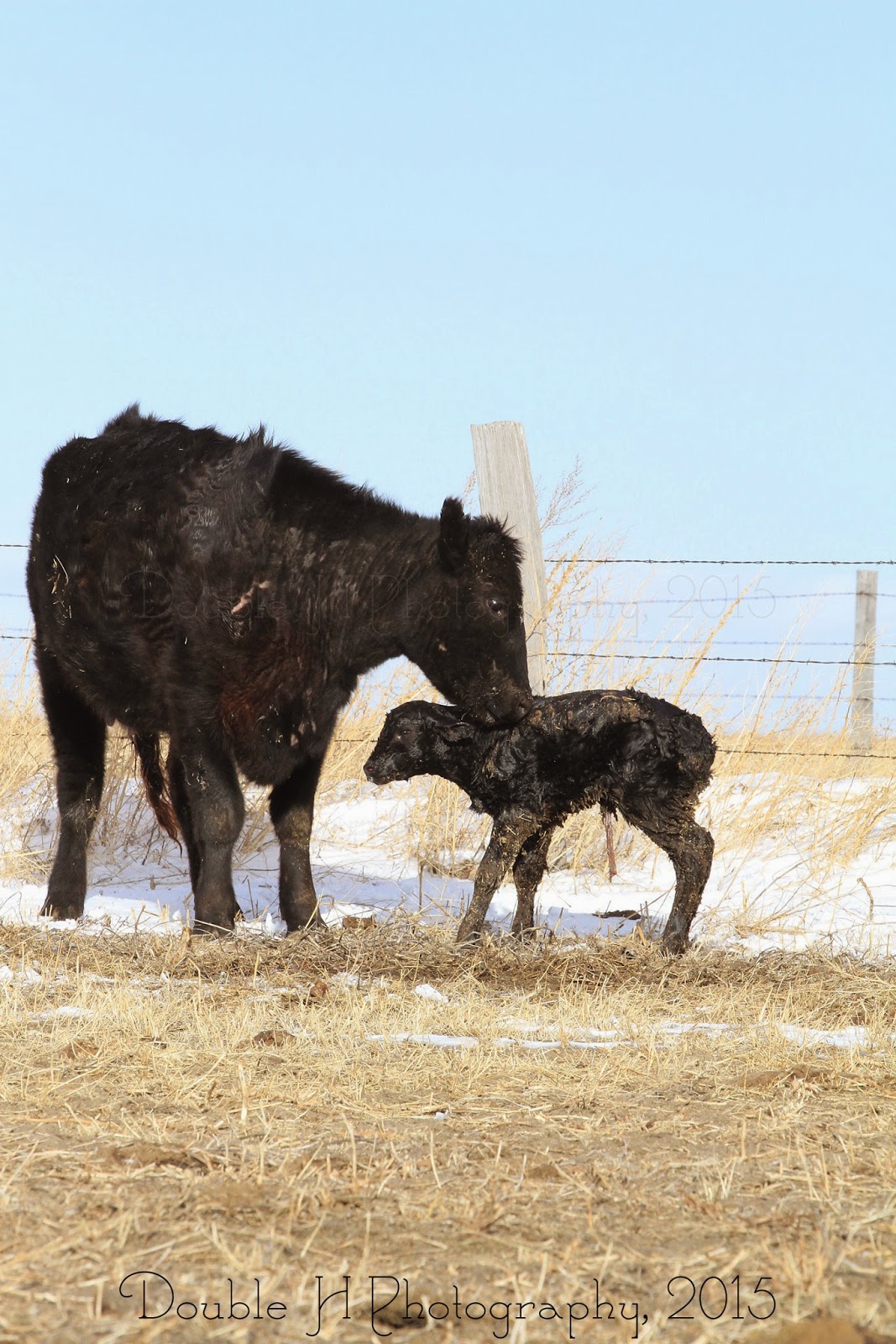 Perhaps the biggest highlight of the calving season so far is this guy, who arrived on March 4. He is out of a heifer we received as a gift following the Atlas blizzard. She came all the way from Virginia to South Dakota, and we are her proud new owners. 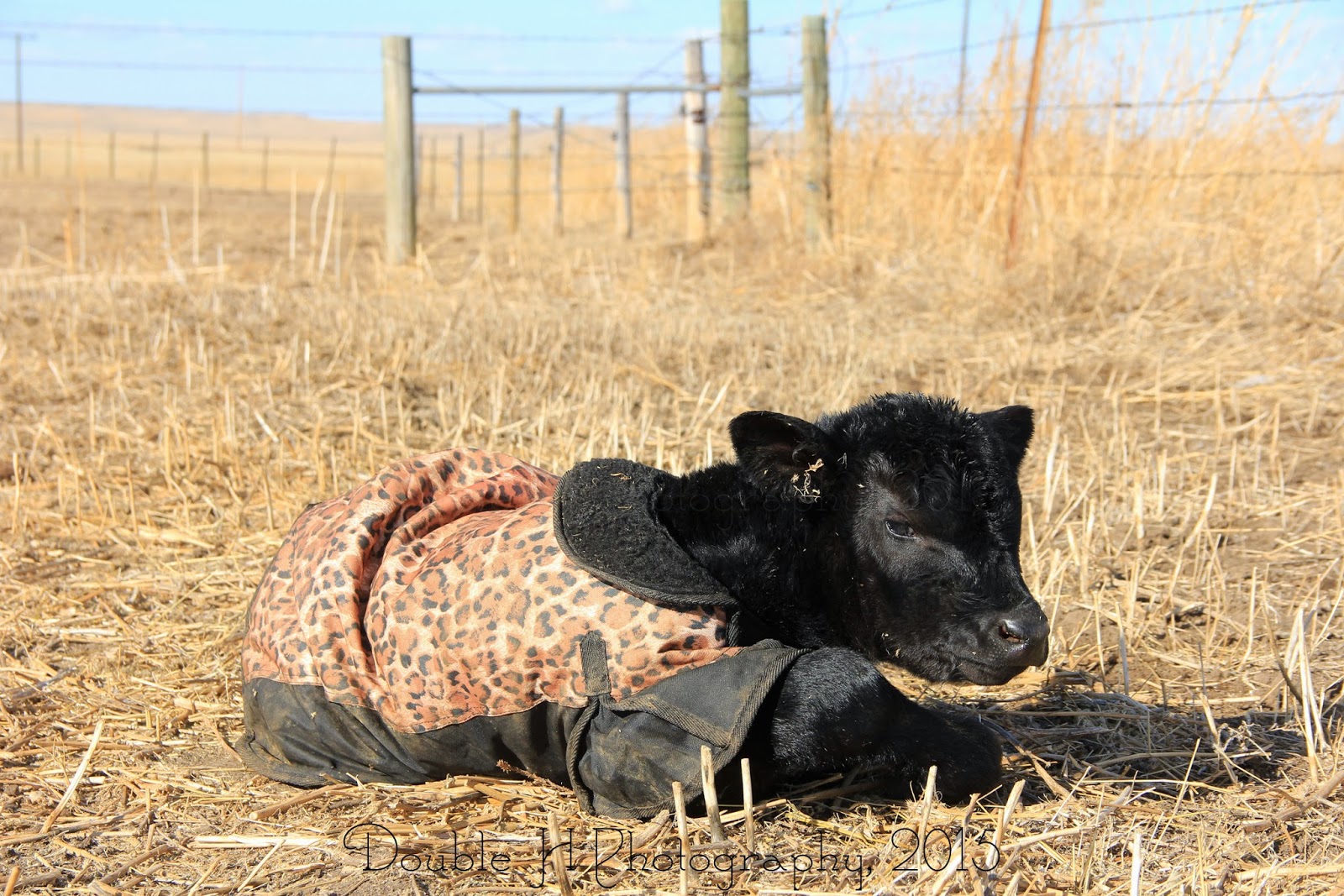 Here he is on March 5, our first warm day in over a week! We use calf coats regularly in cold weather to help prevent calves from getting chilled. It was around -30F the night before I took this, and he was happy to wear it, leopard print and all. He was not as impressed when I showed up to remove it and tag him. 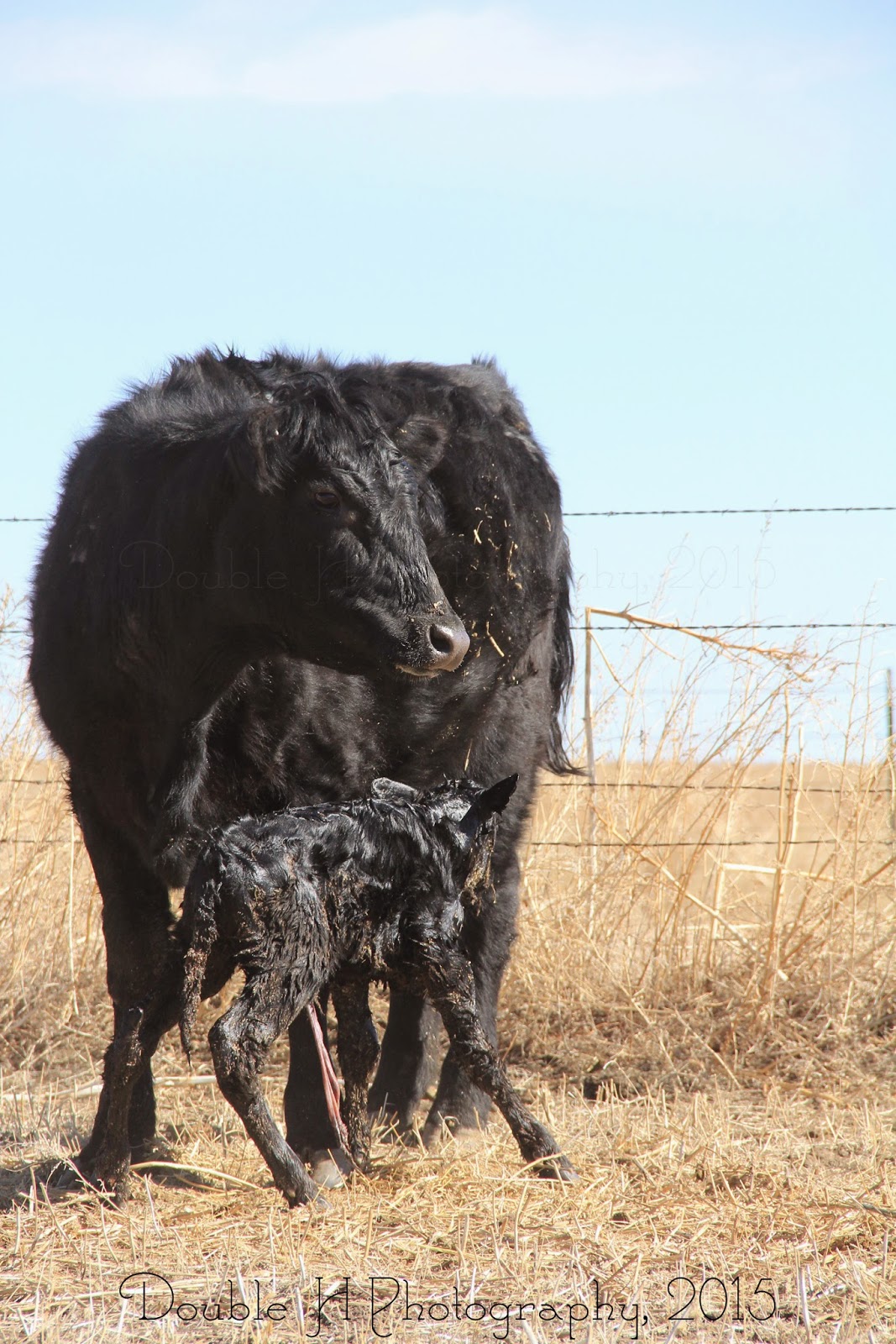 Other calves have made their appearance since the warmer temps, making our jobs much easier. 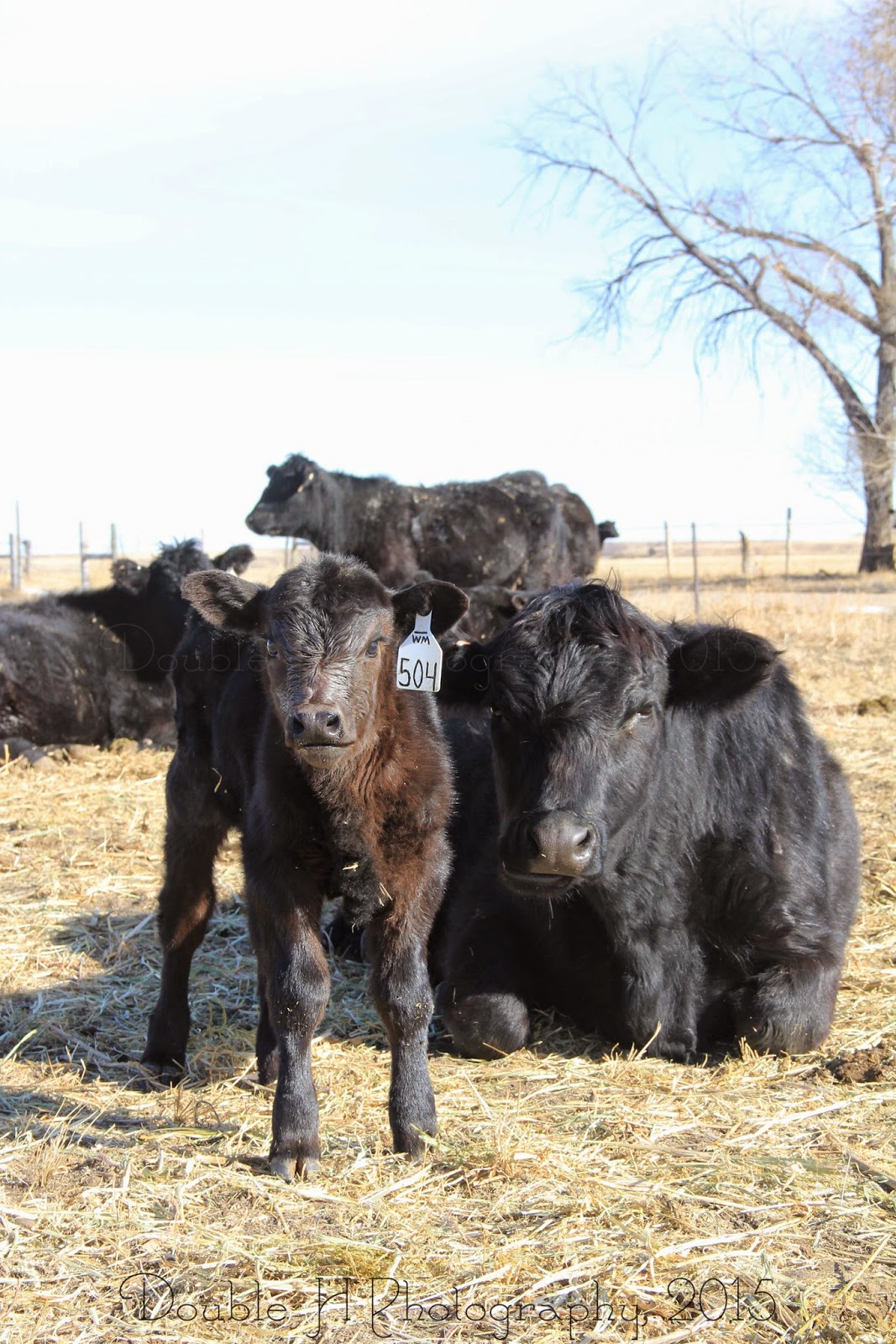 The first few showed up prior to the sub-zero weather, and managed to keep their ears. 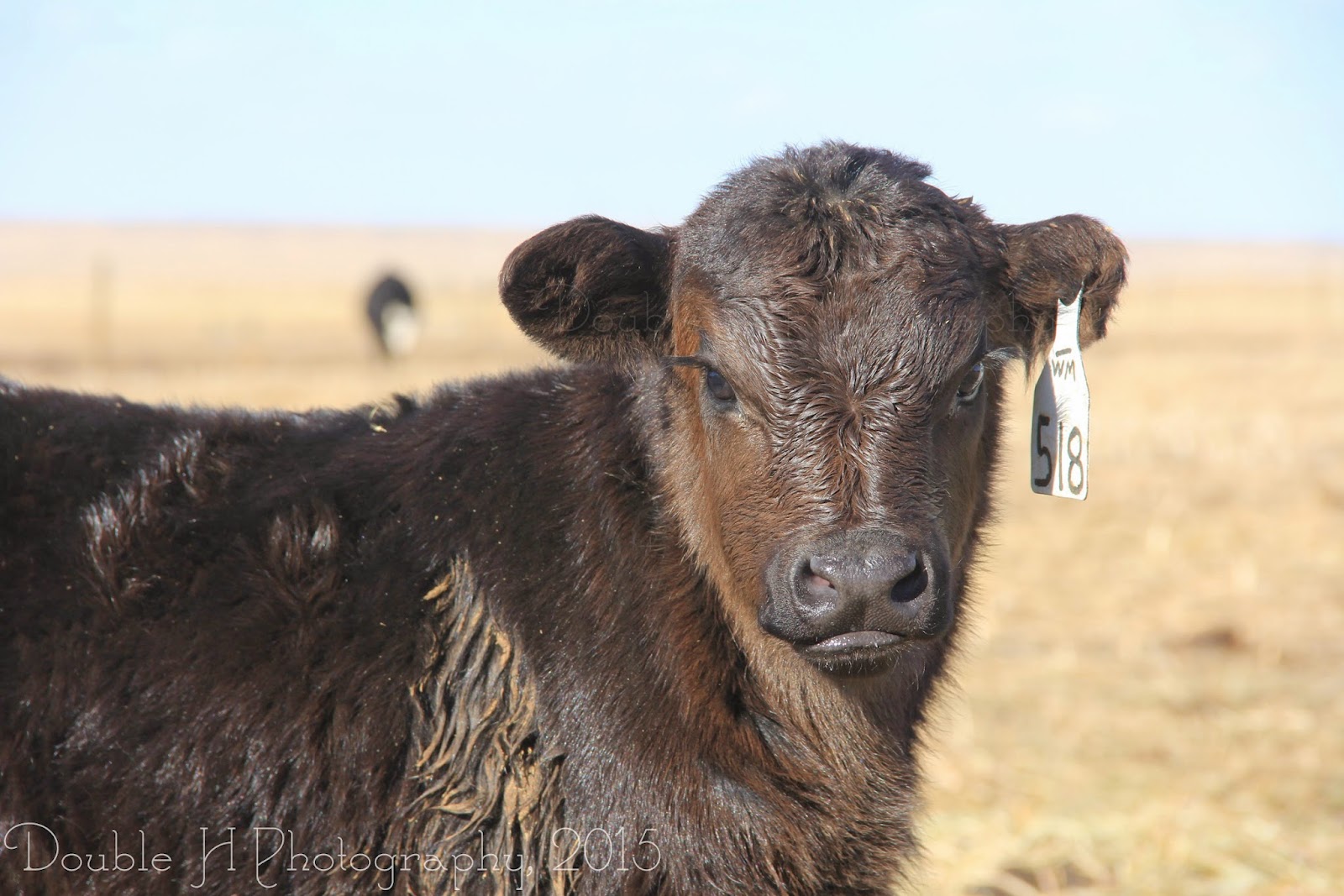 But, there are a few like this girl, who will have shorter ears as a result of the cold. 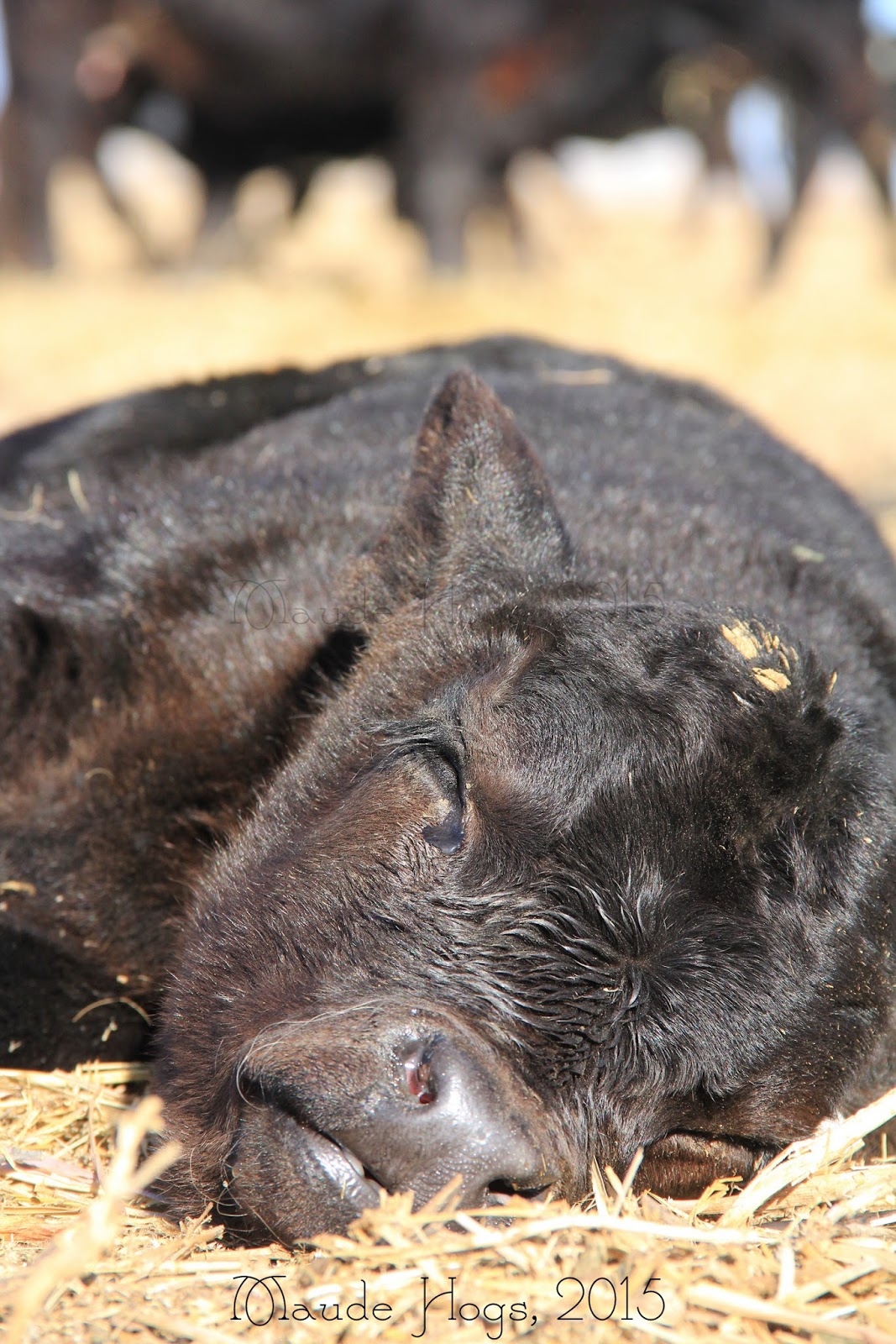 Everyone spent the majority of the first warm day soaking up the sunshine. This little guy is a twin, who arrived on Valentines Day. 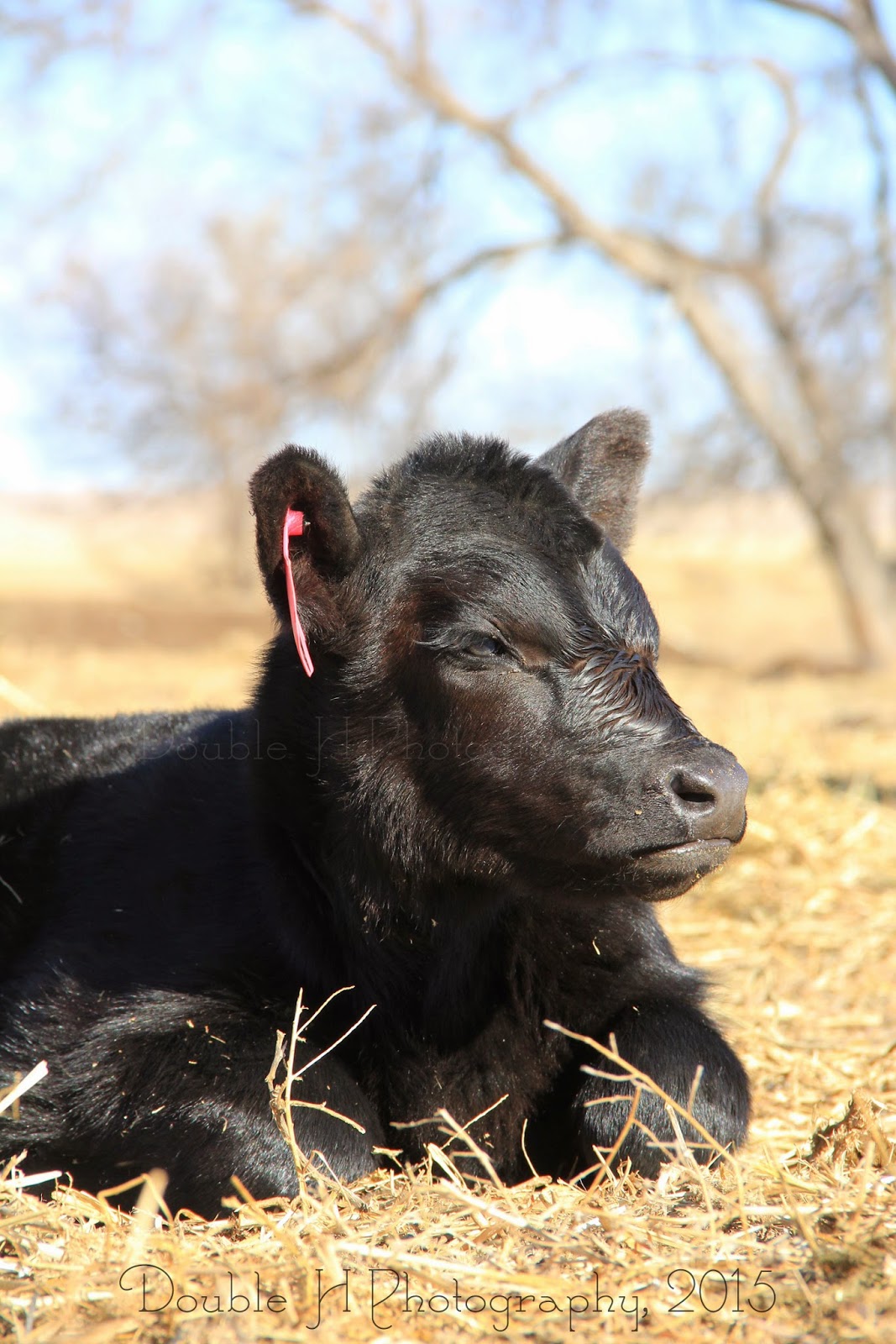 There's one of those pink tags, gracing the prettiest ears in the heifer pasture in my opinion : )

Hope everyone's spring work is going well, whether it be in an office, on a tractor, or in a calving lot!
Posted by doublehphoto at 4:48 PM 2 comments: