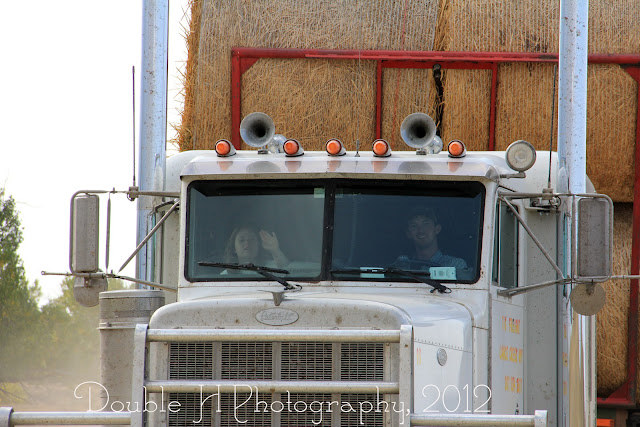 Among Holly's jobs around here are rolling straps as often as possible when the guys bring a load of hay to our place. She enjoys the task, and generally is happy to go along with about anything trucking related. Here she is headed down the stack corral with my brother this evening. 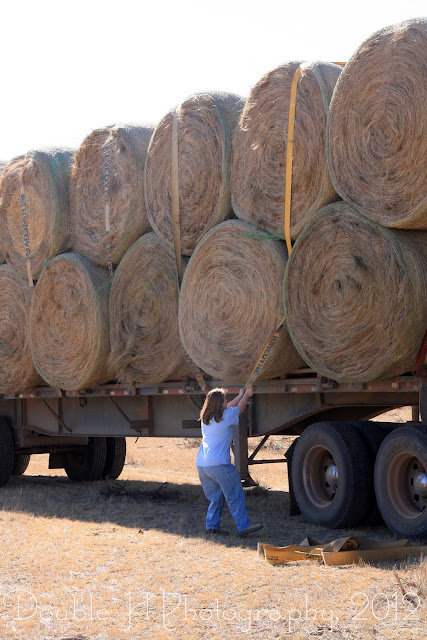 Here she is a few days ago, with another load. As dad or Kyle unhooks the straps on one side, Holly begins pulling them out on the opposite side. 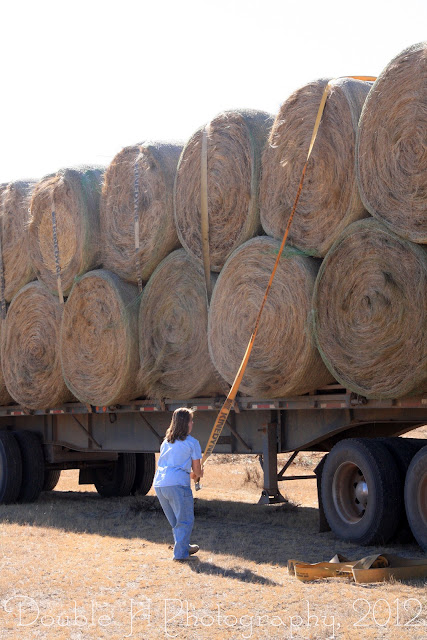 She has her technique down. 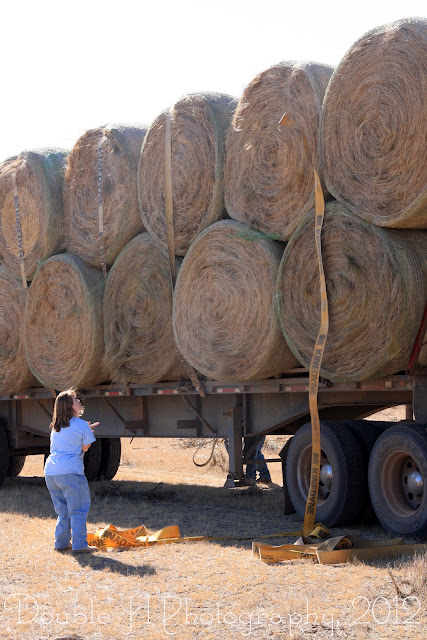 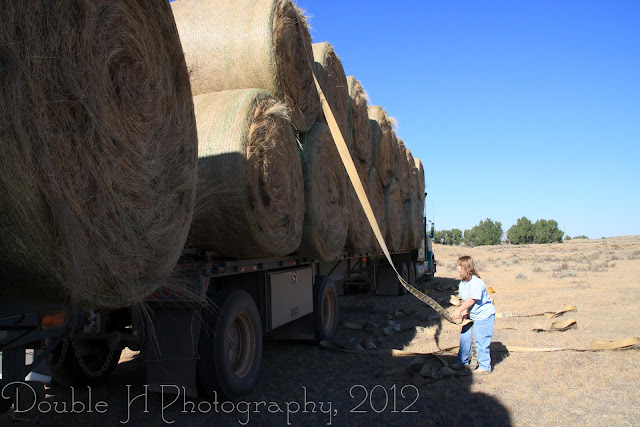 And works down the entire length of the load. 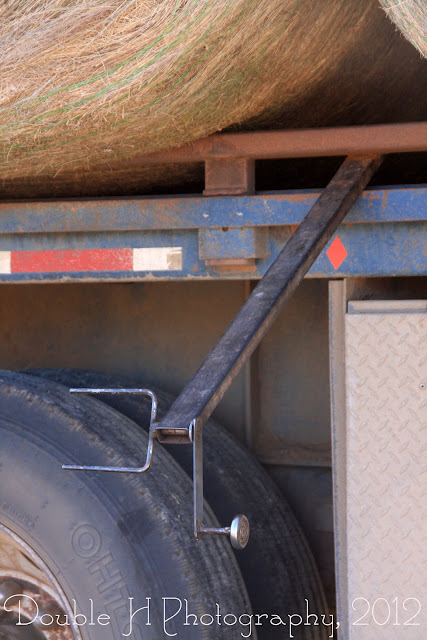 Once all the straps are on the ground, out comes the "strap winder." This homemade piece of equipment is part of the charm for Holly. 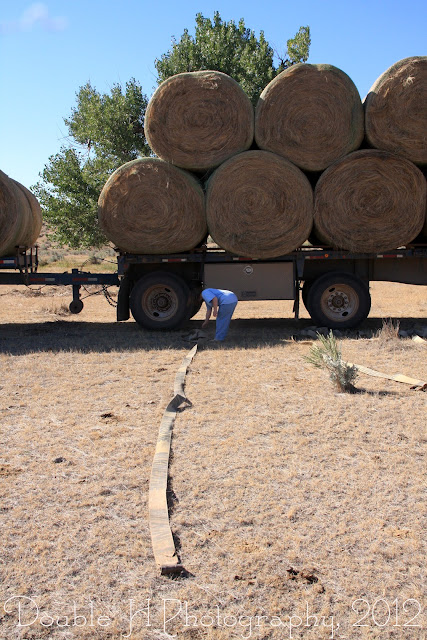 She drags each strap out like this, making sure they are kink free. 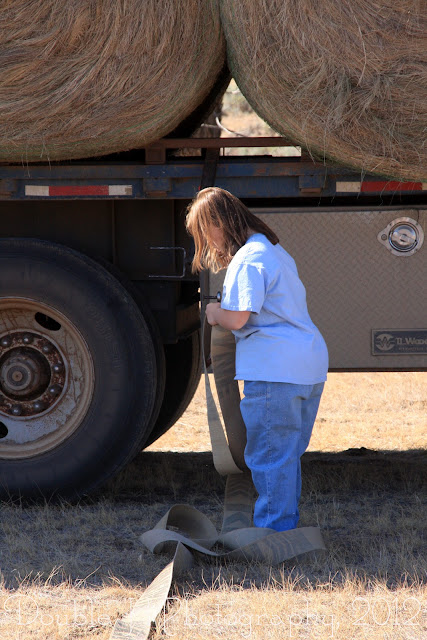 The she gathers up the end, 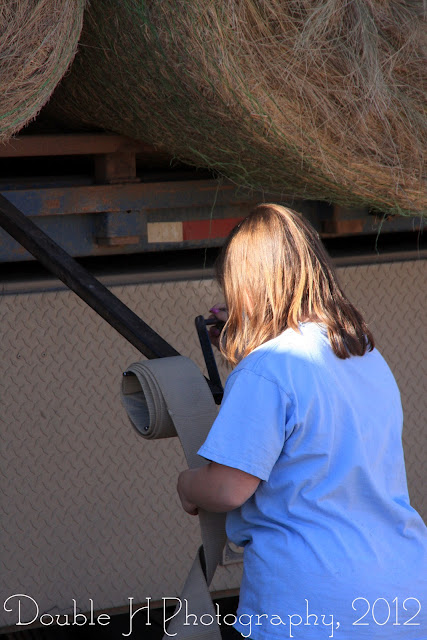 and gets it started on the winder. 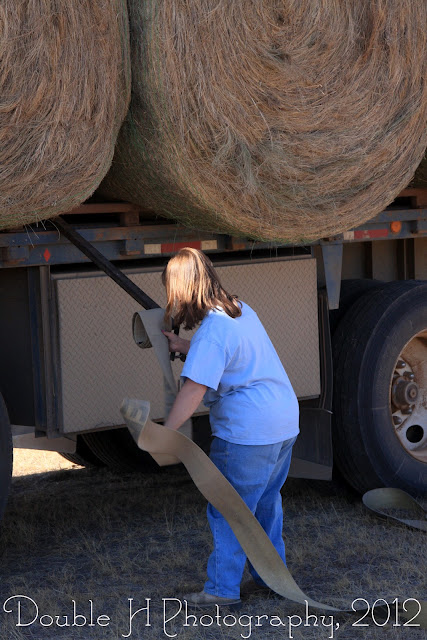 Sometimes she has to work out a kink or two while winding. 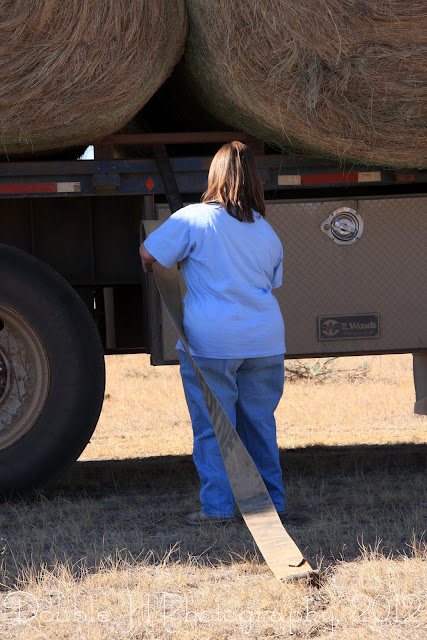 She continues rolling and making sure the strap is straight. 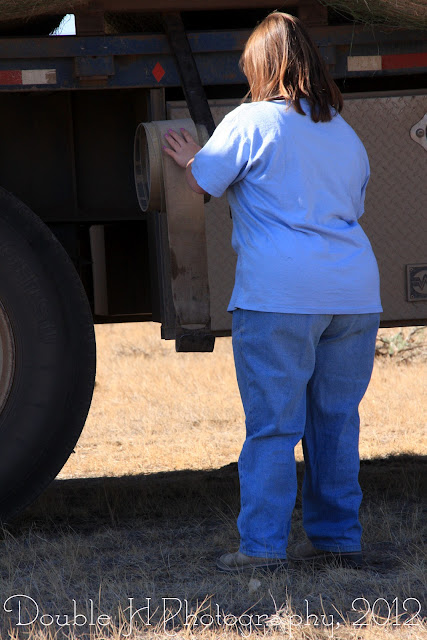 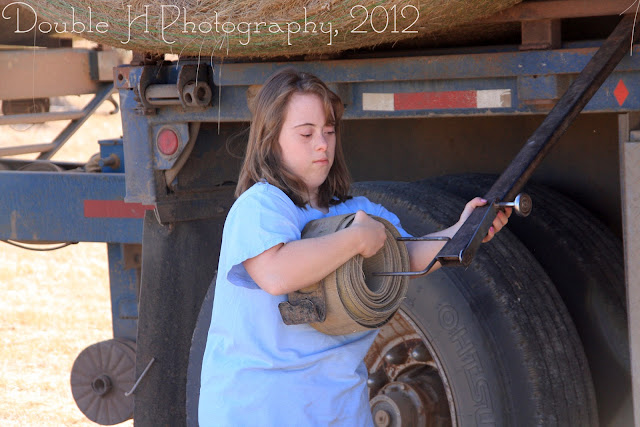 Then she slide it off the winder, 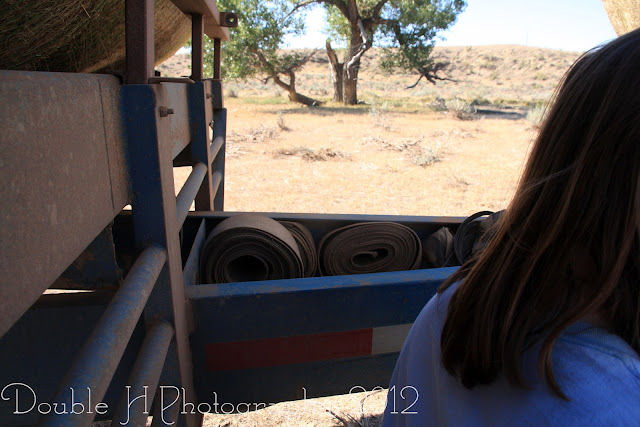 and stows it in one of the places they ride until the next load of hay is loaded and strapped down. 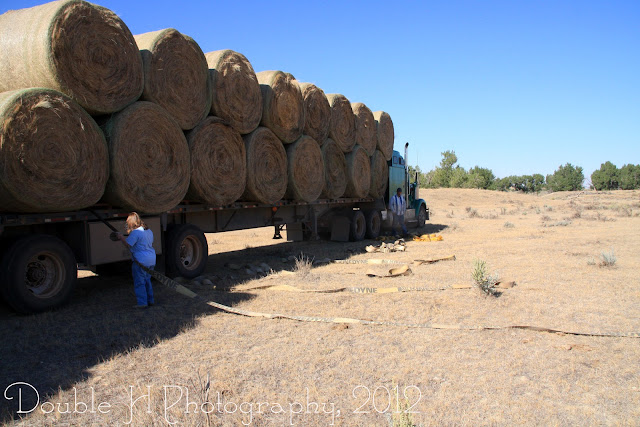 Then she goes on to the next strap. Usually the trucker is busy unloading the bales at this point, but he was waiting for his driver (aka, the photographer) to run him home to get the tractor.
By the time he has the hay off, Holly will have all his straps wound up and ready for the next trip.
Posted by doublehphoto at 4:50 PM