Yesterday was my first time participating in my fiancee's branding, which is of the rope and drag variety. One major area of contention/discussion/disagreement/opinions is the branding method of choice a ranch uses. There are rope and draggers, those that head and heel, those that use nordforks (boo!), and table branders. My family is of the table branding variety (yay!). My fiancee, and most of the people in his area, rope and drag.
There are advantages and disadvantages to all methods I suppose. While I am still not completely sold on the rope and drag method, it was fun! I was given the job of cutter, my preferred branding job, and that particular task is easier when the calves are on the ground versus in a table.
I also had my camera, and between bull calves, while they were sorting out cows, and at the beginning of each bunch I was able to grab a few shots.
Here's a few highlights from the day. 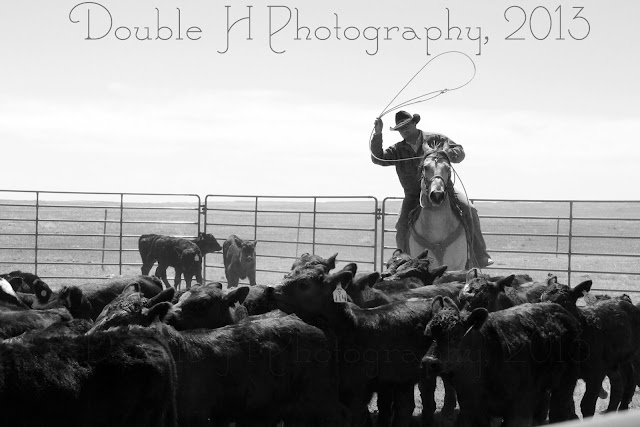 My future brother-in-law, getting things started. 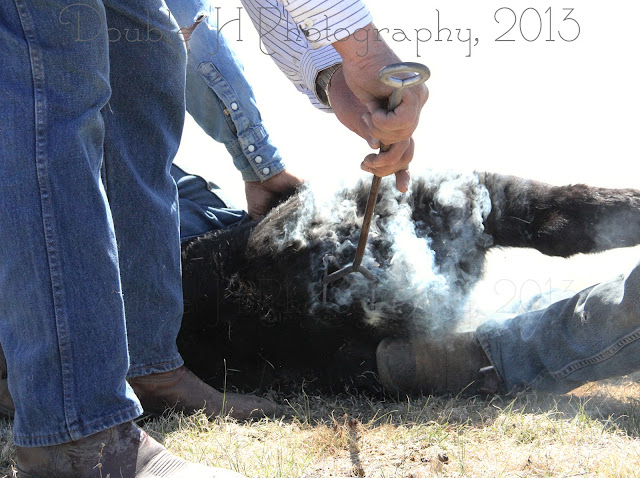 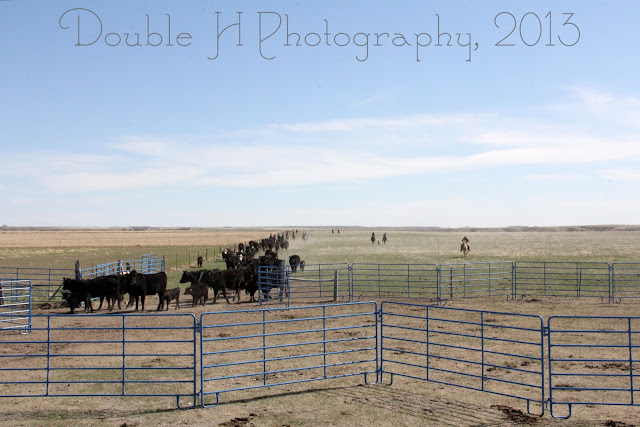 Bringing in bunch two. One great idea my fiancee had was setting up right at the gate between the two pastures his cows were in. So, when bunch one was done, we simply opened the panels in a different spot and brought in bunch two. Worked great! 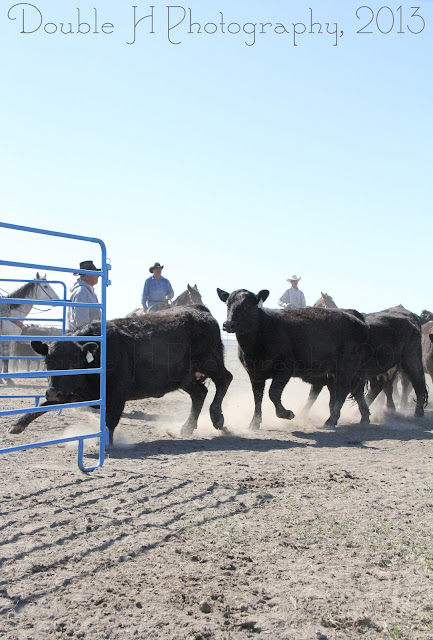 Sorting out the cows. 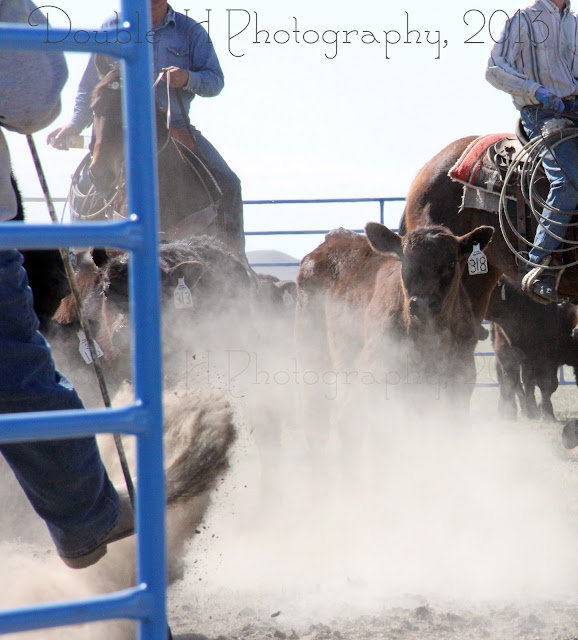 Slowin' down the calves. 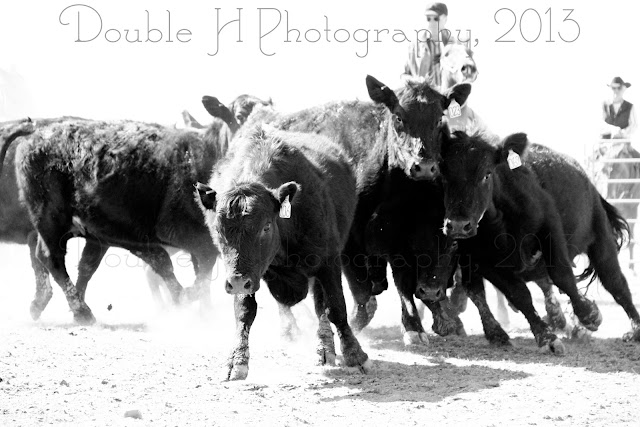 The three year olds were a little excited at moments. 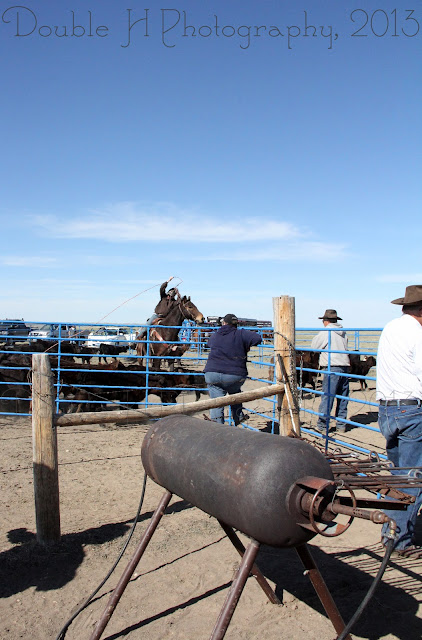 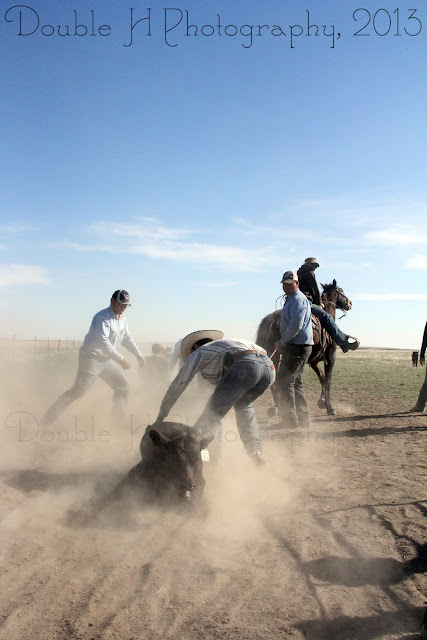 A good chunk of our excellent crew, including Molly the dog. 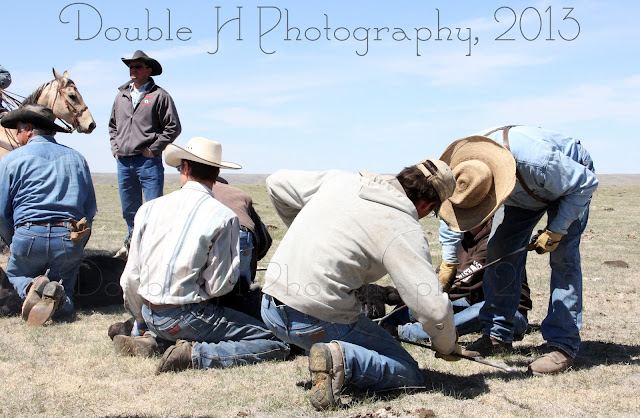 And perhaps my favorite photo of the day - my fiancee and father, branding together : )  I am so blessed to have them both in my life!
Posted by doublehphoto at 9:03 AM