I did end up going to D.C. for a quick couple days of meetings and tours with the Wyoming Farm Bureau Young Farmers and Ranchers. This was my fourth time going to the nation's capital. This round included meeting with the Department of the Interior, where I asked why the BLM does not maintain the same grazing standards they require of their permittees, especially in areas grazed with wild horses. We also talked about wolves, sage grouse and the Endangered Species Act, trailing permits across public lands, and the issue of disease transmission between domestic and Bighorn sheep.
The Brazilian Embassy was an interesting stop where we learned a lot about agriculture in the Brazil. Specific topics included Foot and Mouth Disease, their ethanol industry and international trade. Their ethanol industry, which uses sugar, was started out with government subsidization. Today it is not government subsidized, and the price of sugar on the open market is higher than the ethanol price, so people rarely use it because of the cost compared to regular gasoline.
Touring the American Farm Bureau Federation Office was also very fun, and we got briefed on several topics of interest/concern within the Farm Bureau organization at present, and see the rooftop view of the Capital.
My last stop was with our Senator, John Barrasso. We're very fortunate in Wyoming to have a great Congressional Delegation, so it was more a thank-you/what's new on issues meeting. From there I flew home to continue on with sorting and shipping while the rest of my group spent a couple days touring our nation's capital.
Here are a few photos from the trip: 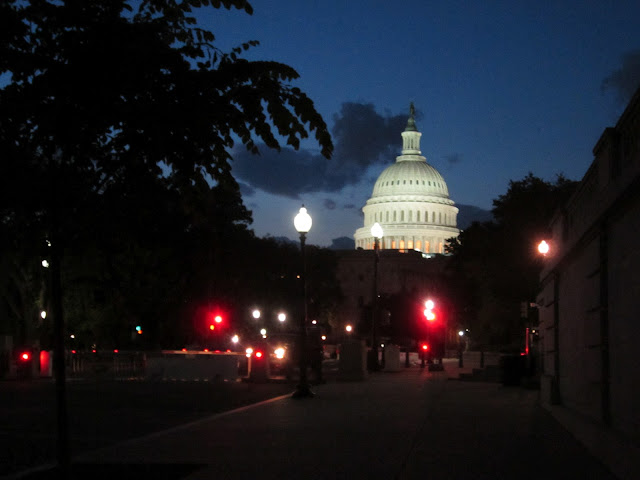 The U.S. Capital at night. 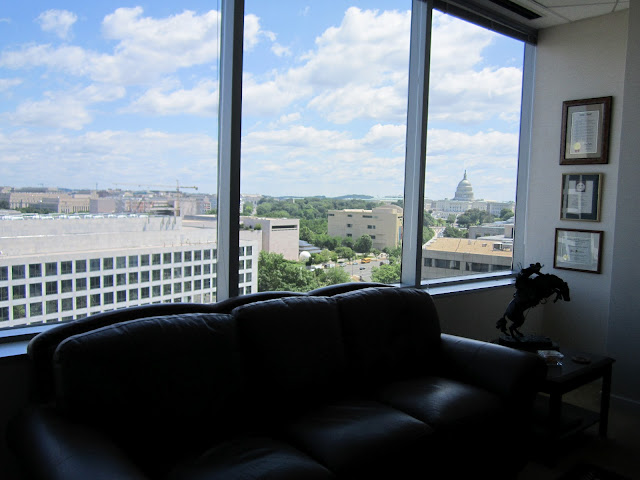 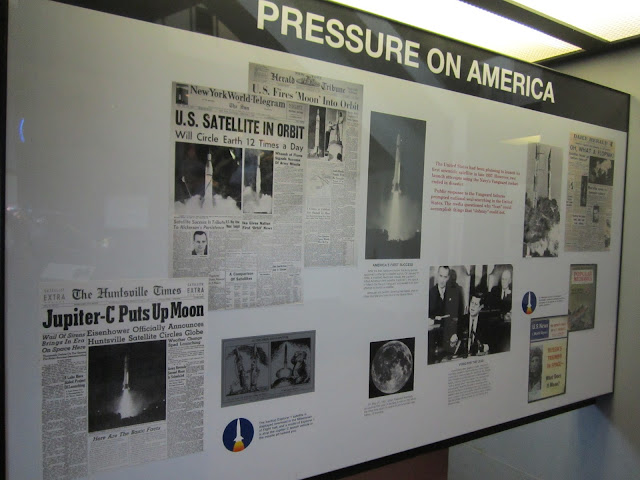 The Air and Space Museum, exhibit on the race to the moon between the U.S. and Soviet Union. Check out the newspaper articles (writer's plug, lol) 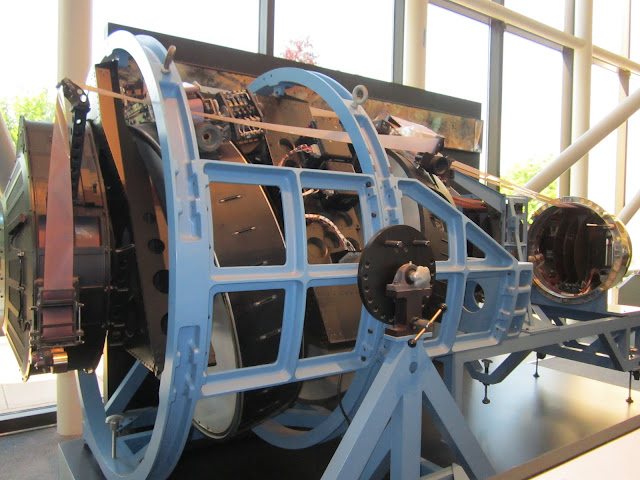 The super cool, super big camera America launched into to space to spy on the Soviet Union in the late 1960's or early 1970's to see if they were planning and making nuclear weapons (I think). Within a couple years, we perfected this camera from only being able to see items over 40 feet in length, to being able to see a line of people on the street. Very interesting, loved this museum! 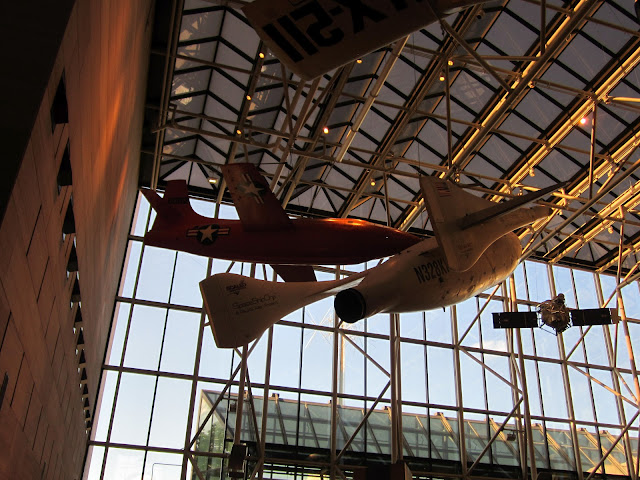 Real airplanes hang from the rafters in the Air and Space Museum. 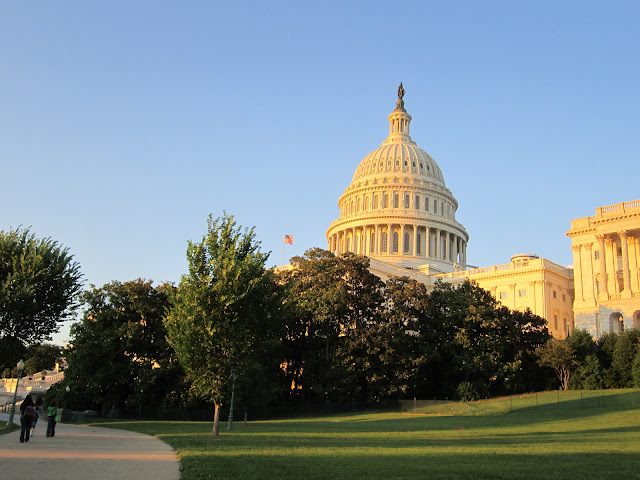 Another angle on the Capital. 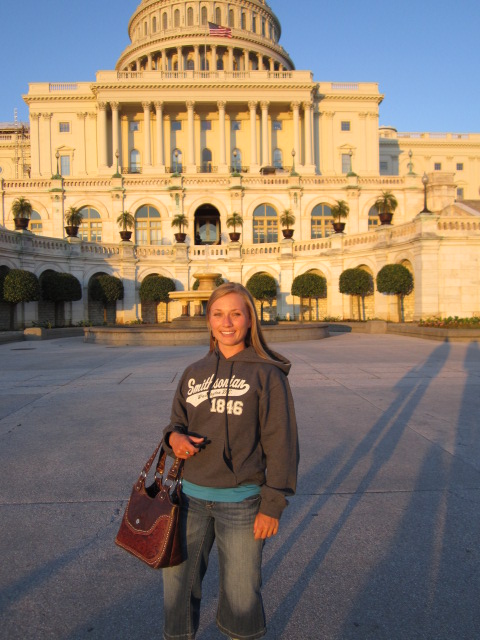 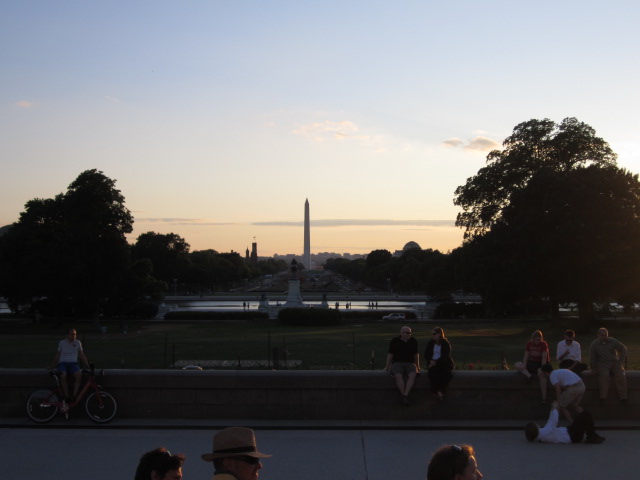 View from the Capital Steps 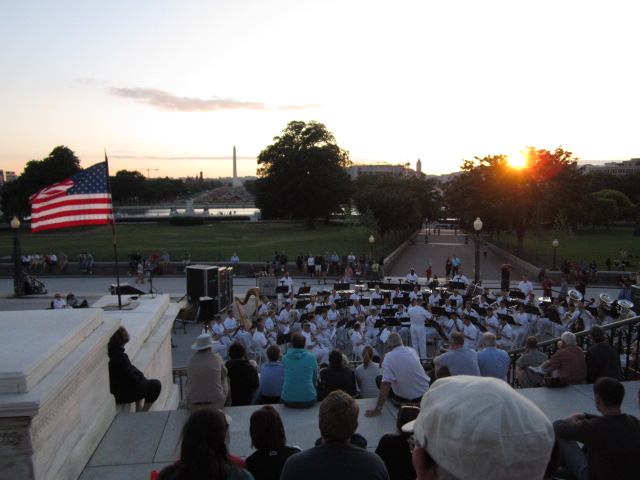 Sitting on the Capital Steps, listening to the Navy Band play, at sunset. 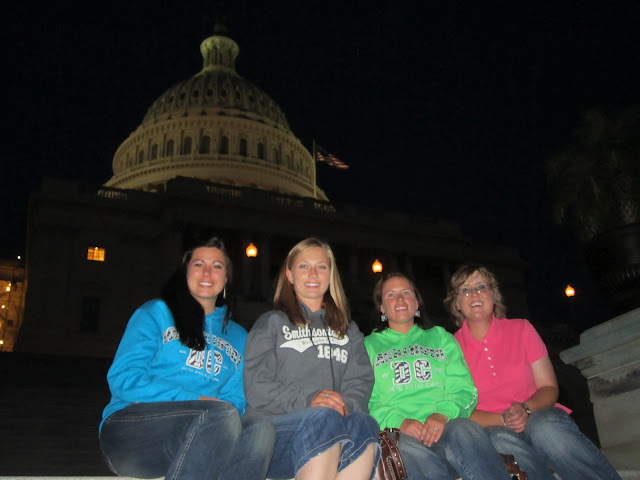 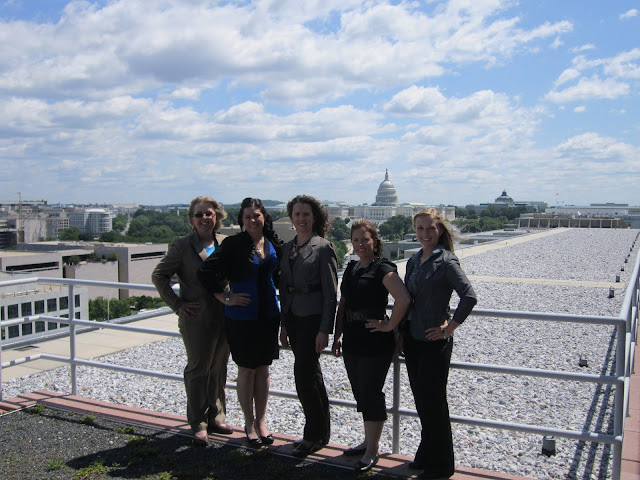 Here is the whole group that went. We had a great time!
Posted by doublehphoto at 4:05 PM